The Year of the Superhero

It seems these days that there is always one superhero movie or another playing at the local multiplex, and this year will see several titles hit the screen.

I’ve been catching up on the X-Men movies – I saw and very much enjoyed Bryan Singer’s The X Men when it was released way back in 2000, but for some reason had never gotten around to watching the others. Until now that is – I recently picked up at a bargain price a dvd set entitled, The X Men Quadrilogy – isn’t that an ugly word …quadrilogy! It doesn’t sit right on the tongue, there’s an awkwardness about it, but I digress and four movies for a tenner can’t be bad. Now I’ve always enjoyed superhero comics but the movies have more often than not left me cold but, as I said, I enjoyed the original X Men movie so I decided to give these a try – watching them over a four day period – one film a night.

I enjoyed all of them, with Wolverine origins being the weakest in my opinion. Yeah I know The Last Stand gets mixed reviews but I  enjoyed that one and found it a fitting end to the trilogy proper. Wolverine wasn’t exactly a bad film, and Jackman was great  but the movie just wasn’t as interesting to me as the X Men movies, though it was cool to see Wolvie beat up on a helicopter. Maybe the X Men work better when presented as a team and the plots of the first three movies were certainly far more layered than the Wolvie standalone. The second and third movies seemed to be loosely based on the Dark Pheonix story arc which I actually own as a collected graphic novel. 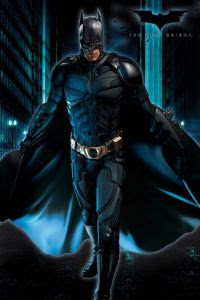 Historically Superhero team up movies don’t really work and the pudding seems over egged, becoming far too much to digest – The Fantastic Four movies weren’t exactly hot and think how the Batman franchise went stale when too many villains, not to mention heroes were introduced – Batman Forever was naff and the less said about Batman and Robin the better, but the X Men, in the hands of director Bryan Singer worked well. Of course the emphasis was on Wolverine and Jackman was brilliant in all three of the original trilogy, but then so too were other cast members, especially Alan Cumming as Nightcrawler. But as a stand alone character Wolvie just felt lost, the movie too felt small despite some brilliant setpieces, but the Wolverine of this movie seemed more Rambo than rampaging renegade.

Bryan Singer was originally back on board to direct the third movie, but he left the series for Superman Returns (bet he regrets that, now) and Matthew Vaughn came on board as director in February 2005, but left due to the rushed production schedule. Brett Ratner took over in June,  and filming began on August 2, 2005. Maybe it would have been better regarded by fans had Singer remained, but the eventual movie did tick all the right boxes and some of the effects are incredible – moving the Golden Gate for one after Magneto does some cool tricks with the traffic and the final bam,bash,wow fight is a joy.  I picked up the prequel movie, X Men: First Class this week and am looking forward to getting a chance to settle down and watch it. 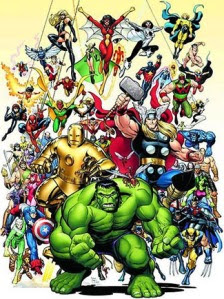 So as we enter 2012 the film industry is hoping for a good year with several superhero films hoping to generate some much needed revenue. Marvel films are to release The Avengers this May and there are high hopes that this team up will be another X Men, for Singer’s movie did revitalize the superhero movie and without it there would have been no Spiderman, Hulk or Iron Man.  Superhero movies are coming thick and fast at the moment with both Captain America and Thor doing big business last year. And of course the third in the Dark Knight trilogy is also on the way and to say that film is eagerly anticipated would be a massive understatement and that’s not to mention the Superman reboot, The Man of Steel (though that’s not due till 2013) , as well as the new Spiderman pic. And besides the biggies we’ve got another Ghost Rider on the horizon, a new G I Joe and a reboot of Judge Dredd simply titled, Dredd.
2012 is certainly the year of the superhero
Posted by Gary Dobbs/Jack Martin at 18:50