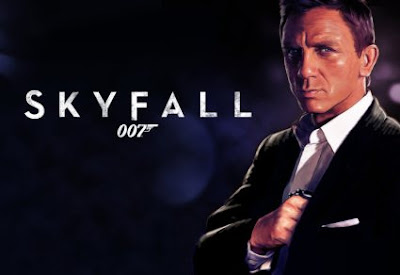 The first advertising shots for the forthcoming James Bond movie, Skyfall features Daniel Craig looking more like Bond than ever - they've darkened his hair for a start, and given him more of a classic Bond look. And Q and Moneypenny will appear so maybe Skyfall is something to look forward to after all.

Related - Sam Mendes, the director of next James Bond flick ‘Skyfall’, is being condemned for including scenes of military funeral repatriations apparently inspired by a town in England, Royal Wootton Bassett.

The scenes, which feature the bodies of eight servicemen killed overseas being repatriated and driven in a funeral cortege past hundreds of mourners lining the streets, worry the Royal British Legion, a leading daily has reported.

“Attending the repatriations started as a pure and simple tribute. How are the mothers and fathers of the fallen soldiers going to feel when they see this on the big screen? It is cashing in on people’s grief and is just cynical.”
Posted by Gary Dobbs/Jack Martin at 04:07