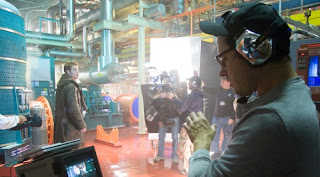 The budget for the new Trek  is more than the 2009 reboot. This was pretty much a given, as the motto for most sequels is “bigger and better.” The pricetag for the first flick was a reported $150 million, so Abrams and Co. must have something pretty impressive up their sleeve for the sequel in order to top that already high number. 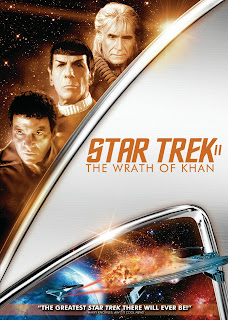 The first Star Trek II - The Wrath of Khan is generally considered the best of the Trek movies so it would be a neat touch to have the character as the driving force behind the new Star Trek II, but the question is would this film be a remake of the original first season episode, The Space Seed? Or would it invent an all new origin for the Khan character?

Paramount are insisting that the villain for the movie will be an original character but the Khan rumors are refusing to go away.  - Ahh well, only time will tell.

Posted by Gary Dobbs/Jack Martin at 14:40

Ricardo was such a great Khan. Hard to imagine anyone ever topping him.