Jack the Ripper: The Solution 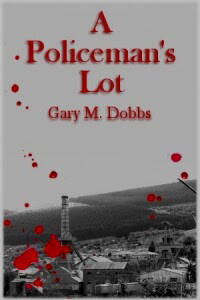 A series of brutal murders have the city terrified and the police baffled.

The murders have never been solved.

Think you know the Jack the Ripper story?
Think again!

Inspector Frank Parade carries out his daily duties in the Welsh industrial town of Pontypridd, duties complicated by the unprecedented presence of 500 members of Buffalo Bill Cody’s Wild West Show encamped outside the town, not to mention the thousands attending the show every day. A series of depraved murders quickly makes things even more complicated. Buffalo Bill stands squarely in his path when Parade tries to investigate the likely possibility that one of the hundreds of show members is involved. And soon enough Parade’s own superiors are blocking his inquires, too. Still more deaths occur as Parade sifts through the thin evidence available and finds a trail that may lead to the perpetrator of the most heinous crime of the 19th Century—London’s “Ripper” murders.

The greatest criminal mystery in history is about to be solved by a Welsh copper and an American Legend.

Five star rated on Amazon and Good Reads
at October 19, 2010