Trouble with the natives - PART ONE 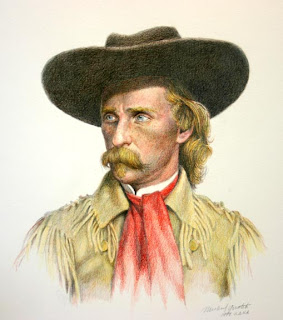 General Custer has been called both, a vain, arrogant man unfit to hold command and also bold, decisive and a great leader amongst men. There is evidence supporting both opinions, but it is a simple fact that on the Western Frontier he remains the most widely known and most celebrated of all the Indian fighters. This is largely because of his controversial victory at the Battle of Washita (1868) and his defeat at The Little Big Horn in 1876. However the truth is that he was neither the most successful nor the worse of the men who fought the elusive and skilled warriors of the plains.

General George Crook, Colonel Nelson A. Miles, Colonel William Harney and Colonel Ranald Mackenzie are just some of the lesser remembered men who fought with great courage against overwhelming odds during the Indian Wars.

The Indian Wars were like no conflict the American Army had ever encountered. There was no one method of training when dealing with Indians and the very expansionist nature of American society at the time meant that the nature of the battle was constantly changing. Indeed the earliest military operations against the Indians were badly planned and executed. The Government had no clear policy regarding the Indians who were native to the country they now sought to conquer and the Army, made up mostly of infantry, were ill prepared for what they would meet in the field.

At the start of the 1840's the North American Indian looked across the plains at the unstoppable expansion of the white man onto lands that had been theirs. It was beyond their understanding that this land that was theirs by birthright would be taken from them. Many Indians saw their lands taken from them and their people forced to live in the squalid conditions of the early reservations. It is no wonder than many Indians opted to fight back and the wars that resulted are an unhappy, sometimes shameful chapter in the American story. However it must be stressed that in reality the Indian Wars were not simply about the white aggressors forcing the peaceful native people to their will, but a period of far greater complexity. Indeed there was often wrongs committed by both sides and although modern sympathies are with the Indians, there were many Americans at the time who also held such views.

The American Indians had been fighting foreign invaders long before America was even formed - the Vikings landed first in 1000AD but it was not until Columbus claimed the land for the King of Spain almost 500 years later that Europeans came to the country in great numbers. When English-speaking settlers arrived in 1607 and built the first settlements at Jamestown they found many different tribes of Indian on the East Coast. The opinions formed by the Europeans were not uncommon - because the Indians didn't speak English and lived by primitive means they were considered heathen savages who should be taught European ways and customs. The Eastern Indians were either pacified or more often massacred in a series of bloody wars with the settlers. 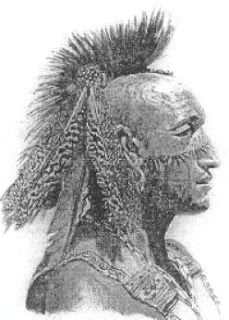 One of the first recorded war was the Pequot War of 1636 which ended in the Indians being defeated. Over the following years the Indians were either forced inland and found themselves living between white settlements. During the War of Independence (1775-83) both the British and Americans used Indians in their armies but the period we commonly think of when we talk about the Indian Wars came much later.

In 1803 America bought 800,000 square miles of land from the French in the Louisiana Purchase. This meant that America now owned most of the land West of the Mississippi but before full use could be made of this unknown area the current occupiers had to be subdued.

The deal with the French had cost American $15,000,000 - by the time peace returned to this new land the cost would be much higher, both financially and in terms of human life.

It was the California Gold Rush of 1849 that began the massive Westward push that provoked the most famous series of Indian Wars. Thousands upon thousands of Indians had already perished from illnesses brought by the whites of which the natives had no immunity. The Indians knew that the time had come to protect their homelands from the intruders. Settlers were attacked - the government answered this with the Treaty of Laramie - the Indians were payed $50,000 a year and issued with guns for hunting. They were also obliged to stay in their own designated areas which was something completely alien to the nomadic tribes. This was insanity as the Indians knew no borders but only tribal territories and they were never going to comply with all the rules of the treaty. 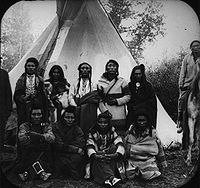 The first Fort Laramie Treaty was signed on September 17 1851 between United States treaty commissioners and representatives of the Cheyenne, Sioux, Arapaho, Crow, Shoshone, Assiniboine, Mandan, Hidatsa, and Arikara nations. The treaty sets forth traditional territorial claims of the tribes as among themselves.The Indians guaranteed safe passage for travellers on the Oregon Trail in return for promises of an annuity in the amount of fifty thousand dollars for fifty years. The government later ratified the treaty, adding Article 5, to adjust compensation from fifty to ten years, if the tribes accepted the changes. Acceptance from all tribes, with the exception of the Crow, was procured.The treaty produced a brief period of peace, but it was broken by the failure of the United States to prevent the mass emigration of settlers.

The years that followed were grim and bloody with Indian wars being fought, before, during and after the Civil War and in the next part of this article we will look at some of the most notable battles in the Indian Wars.
at October 23, 2010

Email ThisBlogThis!Share to TwitterShare to FacebookShare to Pinterest
Labels: the american indian, the old west

I think the Pequot massacre was one of the worst that happened, where the settlers had them surrounded in a fenced-in enclosure (stockade)and slaughtered them as they tried to emerge. If I remember correctly there were over 600 killed.