FANGS FOR THE MEMORY - Video Nasty

The video nasty scare was something dreamt up by Fleet Street during a time when the street was still synonymous with newspapers and the editors needed something to get outraged about. Things kicked off in 1982 when Vipco took out a series of full page ads to publicise forthcoming video release, Driller Killer and may complaints were sent to the advertising authoritie which brough moral campaigner Mary Whitehouse into the fray. Later Go Video anonymously contacted Mary Whitehouse to complain about their own forthcoming film, Cannibal Holocaust - no publicity if bad publicity you see. And soon The Daily Mail started a campaign against the violent video films that the paper claimed were being watched by children as young as eight. 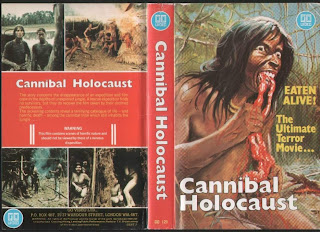 The exposure of nasties to children began to be blamed for the increase in violent crime amongst youths and all manner of social ills. The growing media frenzy only served to increase the demand for such material among adolescents. At the suggestion of National Viewers' and Listeners' Association, the Conservative MP Graham Bright introduced a Private members Bill to the House of Commons in 1983. This was passed as the Video Recordings act 1984 which came into effect on 1 September 1985. 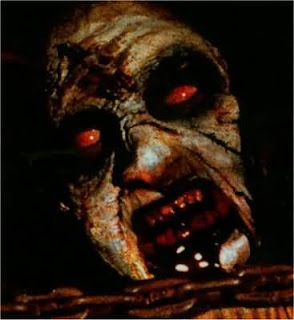 Under the 1984 Act, the British Board of Film Censors was renamed the British Board of Film Classification and became responsible for the certification of both cinema and video releases. All video releases after 1 September 1985 had to comply with the Act and be submitted for classification by the BBFC. Films released on video before that date had to be re-submitted for classification within the following three years. The increased possibility of videos falling into the hands of children required that film classification for video be a separate process from cinema classification. Films that had passed uncut for cinema release were often cut for video. The supply of unclassified videos became a criminal offense, as did supplying 15 and 18 certificate videos to under-aged people. As well as the low-budget horror films the Act was originally intended to curb, a number of high profile films which had passed cinema certification fell foul of the Act. This resulted in films like The Exorcist and Straw Dogs being banned after they failed to receive certificates. 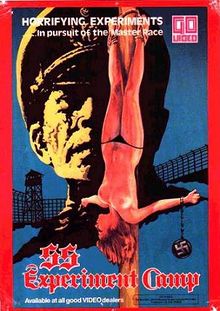 Earlier in 1983 a list of so called video nasties was drawn up by the department of public prosecutions. The list was modified monthly as prosecutions failed or were dropped. In total, 72 separate films appeared on the list at one time or another. Thirty-nine films were successfully prosecuted under the Obscene Publications Act but some of these films have been subsequently cut and then approved for release by the BBFC. The remaining 35 were either not prosecuted or had unsuccessful prosecutions.in order to help the public to avoid the films. It was hoped the public would avoid the films on the list, but it had the opposite effect and film fans were eager to see what all the fuss was about. This resulted in a lot of tacky low budget crap that would have been otherwise ignored received a large audience.

THE FULL DPP LIST IS PRODUCED BELOW (THANKS TO THE WIKI)


Although commonly thought of as part of the DPP list, the following two titles never actually appeared on any government list:
Last House on Dead End Street, also known as The Fun House, was confused with Tobe Hooper's similarly titled film The Funhouse and avoided being placed on the list.
at October 31, 2010

Email ThisBlogThis!Share to TwitterShare to FacebookShare to Pinterest
Labels: FANGS FOR THE MEMORY, video nasties