MORE CRIME DRAMA - YOU CAN BANK ON IT

ITV have announced that after the ratings success of their adaptation of Peter Robinson's Aftermath, they are to produce further dramas based on the D C I Banks books. 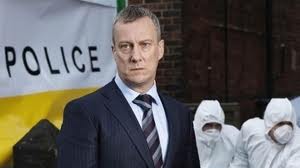 Due to begin filming in the spring of 2011, the six episodes will have three stories told over two episodes of which are adapted from the novels of Peter Robinson; Playing with Fire, Friend of the Devil and Cold as the Grave.

DCI Banks: Aftermath attracted a healthy audience, with 6.7 million viewers tuning in for the first episode and 6.9 million viewers for the second part. Laura Mackie, ITV Director of Drama Commissioning said “DCI Banks launched really strongly and already feels like a great new addition to our roster of crime dramas. We're looking forward to bringing a full series to ITV1 next year."

Francis Hopkinson, Executive Producer has said he is sure viewers are looking forward to the new series. "We're delighted that so many people enjoyed Stephen Tompkinson as Inspector Banks and with three more brilliant novels to work from I'm certain that viewers will look forward to returning to Yorkshire in 2011." 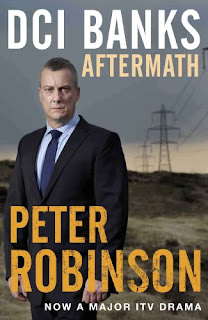 Writer Peter Robinson said that he hopes to make DCI Banks a staple of prime time for ITV. "I was thrilled to hear that the DCI Banks pilot was a great success and that Left Bank Pictures and ITV are going ahead with a series of three more adaptations of my novels. You can only do so much in one two hour adaptation of one novel, so I hope this will give everyone a chance to build on the success they have already had and make DCI Banks a staple of prime time ITV series for years to come."


The Archive says: That together with Mark Billingham's Thorne, Banks may become television's next superstar coppers. Move over Morse and Frost the new guys are in town.
at October 29, 2010