Amazon announced last Friday on their forum about their upcoming free apps and lending of Kindle ebooks. 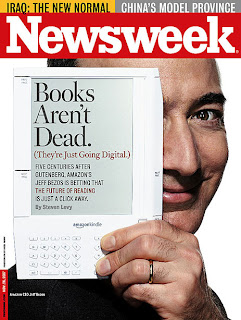 As published on their website, Amazon says they will make magazines and newspapers available for reading on free Kindle apps, even without a Kindle or for those who do not yet own one.

These magazines and newspapers can be read on Kindle apps for iPhone, iPad, and iPod touch.
In addition, they also said this feature will be included later to Kindle for Android and other apps, and may be launched in the coming weeks.
Then later this year, Amazon said they will introduce Kindle lending that will allow each ebook be lent once for 14 days.During the loan period, the lender will not be available to read the ebook although not all ebooks are loanable.It will depend on the publisher or rights holder who will determine which ebooks can be lend, Amazon says.The availability of this feature will be later announced on their forum, Amazon added.
Posted by Gary Dobbs/Jack Martin at 02:27