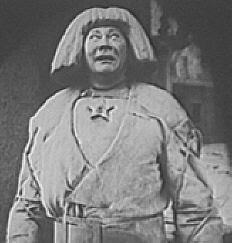 dison Company produced a version of Frankenstein. Der Golem was also concerned with the creation of life and this time from a German studio. As was Nosferatu (1922) which is perhaps one of the best remembered silent horror movies.

However it was the coming of sound that brought in the Golden Age of horror films. King Kong in 1933 showed what could now be done with the wonders of the motion picture camera. The 30's and 40's were indeed a special period with Universal's mostly excellent series of creature features keeping fright fans happy. There are several all time classics among the many films the studio produced, Dracula, Bride of Frankenstein, The Mummy, The Wolfman to name but three. 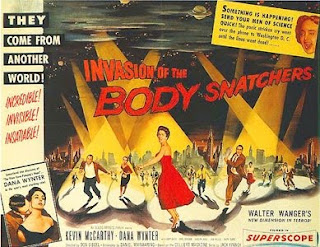 of paranoia and horror cinema reflected this - creatures were no longer spawned by the occult but by this new radiation and the Communist threat came from outer space. Where previously monsters had a supernatural origin now they came from beyond our galaxy and science fiction and horror merged. British studio Hammer did however continue to make money with the likes of Dracula, Frankenstein and other monsters of the golden period. Interestingly Hammer also produced sci-fi/horror hybrids with the Quatermas films.

The 60's was a far more cynical time in terms of horror - Hitchcock gave us environmental horror with the Birds, Rosemary's Baby brought the supernatural into the real world. Roger Corman was the king of the low budget horror flick and produced a string of Poe adoptions usually with Vincent Price. British shockers, Hammer were at this tim 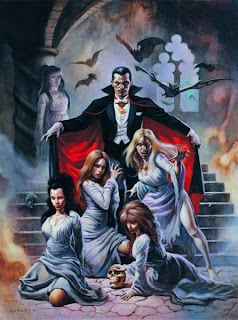 e in their most inventive period and 1966's Plague of the Zombies in a classic.

The 70' s saw taste go out of the window and demons come back into the room. The Exorcist heralded a slew of demonic films - The Omen being only one series of movies. Speilberg took horror to the seaside and invented the event movie with Jaws. The Texas Chainsaw Massacre (1974) practically invented the slasher genre. And the Italians were reinventing the horror movie, as they had with the western, and selling it back to us.

The 80's was a period of technical highs and repetition - many classics came from this period - Evil Dead, The Thing, The Elm Street Series. There were more serial killers at work in the cinema during this period than ever before and horror film sequels became the order of the day.

The 90's - post-modern time, folks.
Scream parodied everything else and then itself. Seven dressed itself up in class so as not to appear like a horror film. Frankenstein and Dracula became respectable in the hands of Francis Ford Coppola and Kenneth Branagh - shit De'niro even took over the old Karloff (Karloff was better, though.) role and Gary Oldman made a cool Dracula but again Lugosi was better.
Posted by Gary Dobbs/Jack Martin at 13:50

Email ThisBlogThis!Share to TwitterShare to FacebookShare to Pinterest
Labels: FANGS FOR THE MEMORY, the history of horror cinema in one go