It's been the longest period ever between updates on The Archive but then I've been busier than the complaints department at Microsoft this last week - what with location filming, my editing duties for Solstice Westerns and my own work I've not had a chance to sit down at the keyboard. Indeed today is the first time I've been home since Monday but rest assured there's some goodies coming your way on the Archive this weekend.

Did I tell you all about my new story 614 over on A Twist of Noir - the challenge was to write something in a limited amount of words and the editor, Christoper Grant allocated me the grand total of 614. I fixated on that number and came up with a piece of exactly that length and with exactly that title. Here's what the editor said of the story. 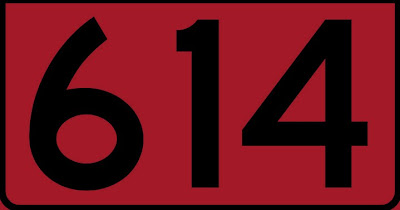 "I love that this story, it's works on so many different levels. It's noir, it's bleak, it's science fiction, it's based in reality with MK-Ultra, it's a call to arms, it's a swipe at every politician walking the planet (every last one, including the Tea Baggers here in the States, who are simply looking for that cloak of power to get their agenda across while pretending to be all about the people).It's dripping with excellence."

Anyway if you haven't read it nip over there and sample this slice of paranoia. And remember, as someone once said, just because you're paranoid don't meant they're not after you.

And be back here later for more of the usual Archivities.

Email ThisBlogThis!Share to TwitterShare to FacebookShare to Pinterest
Labels: 614