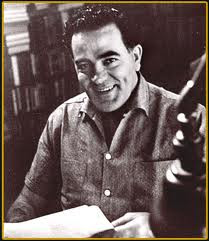 At the time of his death Louis L'amour had more than a hundred works in print - 89 of his novels and a further 14 short story collections. The greatest majority of his novels fall into the western genre and he was without any doubt the most visible western writer of them all. So it's safe to say that he must have known a thing or two about writing thrilling adventure novels.

"A story can begin anywhere," L'amour writes in The Sackett Companion. "The story may be years in germination, the idea lying quietly as the subconscious slowly gathered the materials needed for the telling."

"Writing is a matter of temperament and character," the author wrote elsewhere. "And probably no two writers ever wrote alike or approached their writing in the same way."


"If I have written good stories," L'amour stated. "Much of it is due to the characters and people I saw and worked with during my formative years. Many of them contributed their memories of the old days. The collectors of oral history would give their eyeteeth for what I was hearing everyday."

L'amour was never accepted by the critics but then nor was the western genre - one critic was famously quoted as saying, L'Amour, could have profited from basic freshman English instruction."

That is, of course, elitist bollocks - critics look down their noses at genre fiction and on the rare occasions when they can be bothered to review it they start out with preconceived ideas. L'amour had millions of readers, indeed he still has, and provided great entertaining reads that moved people and sold more than 225 million copies. Much preferable to writing perfectly crafted but plotless prose that bores everyone rigid. And there's a delight in this modern digital world in picking up a L'amour and being transported back to a time of high adventure and clear moral boundaries.

"I rarely do research on a book I'm writing," L'amour writes in The Sackett Companion. "That research has, except for the unexpected detail, been done long before I begin to write. Yet one never knows enough. There is always more to be learned." 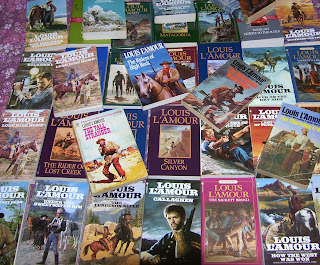 At the time he sold his first westerns, they were not considered literature, but L'amour defied the norm, writing about something he loved to become a true phenomenon.  In 1982 he became the first novelist in American history to receive a Congressional Gold Medal, and less than two years later he was awarded the Presidential Medal of Freedom.


"I just wrote about subjects I found exciting." L'amour said and his millions of readers agreed.

Posted by Gary Dobbs/Jack Martin at 11:42

The critic who said L'Amour needed Freshman English is certainly unable to write his way out of a paper bag. He should be embarrassed for being so jealous and stupid.

I'll bet Mr. L'Amour laughed all the way to the bank. I liked your "elitist bollocks" para, way to give 'em Hell!

Publishers today should be able to learn a lesson from the story of Louis L'Amour. You can produce elitist literature and lay some of your people off or you can produce entertainment and make money.
No, they probably won't learn anything ... they're too busy proving L'Amour wrong and going to the bank for more money.
Dave
www.dmmcgowan.blogspot.com