This month will see John Lennon's entire back catalogue released in spanking new remastered form and so, being a lifelong Beatle nut, I think the time is right for the Archive to look at Lennon's entire solo output, well ignoring the Two Virgins and the Wedding Album, all that Unfinished Music crap,  which are too indulgent even for me. 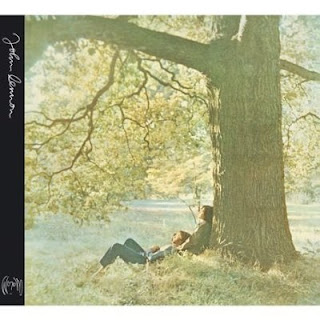 And so first up we have The Plastic Ono Band.

It is impossible to listen to this album today and feel the incredible vibe it must have created on its first release - coming hot on the heels of the technicolour brilliance of The Beatles, this is a stripped down raw sounding album that is far more punk than any of the punks ever managed to be.

Lennon was always a truthful songwriter, perhaps too truthful and this album lays his psyche out for all to see. It is a concept album of sorts and the concept is John Lennon and it is without any doubt one of the best albums ever recorded. It is definitely  the most honest. By this stage Lennon had nothing to hide - he had already posed naked on an album cover and this time it was his inner self that he was stripping to the bone.


"Lennon has much fear in his makeup and a great chip on his shoulder about the unfairness of the world." Michael Watts, Melody Maker December 1970.

Mother - the first track finds Lennon in lost little boy mode, screaming out his anguish at his mother who didn't give him enough of her time and a father that all but abandoned him. The song soars because of the feeling in Lennon's voice and it becomes so intense it hurts.

Hold On - Lennon in ballad mode telling Yoko that everything will work out in the end. It's a beautiful song but it has an edge to it.

I Found Out - This is a totally stark rocker with a bass beat that propels the music forward in an almost violent fashion and Lennon here denounces the fame business - I learned something about my ma and my pa, they didn't want me so they made me a star, Lennon belts out in one of the versus and in another he yells that's he's seen religion from Jesus to Paul.

Working Class Hero - A lot of people have dismissed this song as being a millionaire rock star claiming to still be a working class hero, but I don't buy that. If anything this is Lennon at his most angry - spitting on the education system that is designed to turn a person into just another cog in the wheel. It's political, it's furious and it's bloody excellent. 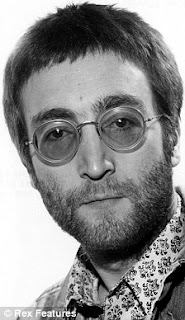 Isolation - another gorgeous track in which Lennon bares his soul, revealing the fact that he feels an outcast from both the worlds of show-business and the world he grew up in. People say we've got it made, don't they know we're so afraid.

Remember - is another rocker with Lennon's vocal being buried deep in the mix. The song is as cynical as it's possible to be and ends dramatically which is perfect for the piece.

Love - a gentle love song that offers a break from the relentlessness of the previous tracks. It's a lovely piano led piece that proves that Lennon was often capable of as much  sweetness as McCartney himself.

Well, Well, Well, - this is the most ferocious song on the entire album with Lennon positively screaming his throat raw as attacks all that he sees as fake. Turn up the volume for this one and prepare to be left shell shocked by this brilliant assault on the senses.

Look at Me - Lennon puts his identity crisis to music - wondering what he is supposed to be and asking for guidance. He is clearly no longer Beatle John and is at a loss as he asks to be accepted for himself.

God - everything that Lennon once held precious comes under attack - Elvis, Dylan and even Jesus are denounced in this stark and effective song. Towards the end of the track Lennon declares that he no longer believes in Beatles and the lyric still has a resonance today. 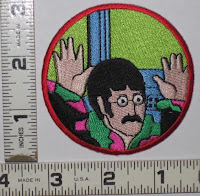 My Mummy's Dead - a childlike dirge sung to the tune of Three Blind Mice. At first listen it may seem a bit odd but there's a brilliance there. Lennon becomes a young child again, mourning the loss of his mother and ending this downbeat album on a truly downbeat note.

To my mind Plastic Ono Band is the best of all the Beatles solo albums - it's an autobiography in music and Lennon bares his soul to a degree that has never been done before or since. The resulting album is a true masterpiece that will shock anyone who only knows Lennon from his more commercial work but after a few listens it does not fail to delight.