A recent study held by the BBFC (British Board of Film Classification) concluded that a growing number of PG films feature tobacco use, with smoking also evident in films currently carrying 12 or 12 A certificates. The researchers also found that the active placement of cigarettes in movies could encourage teenagers to take up the frowned upon habit. The report stated that product placement of specific brands is much more likely in British movies than those presented elsewhere.

Specific titles singled out for reclassification because of tobacco use were Bridget Jones, The Lord of the Rings, About a Boy and Disney's The Aristocats.

"Although smoking imagery and branding images in the most popular films have become substantially less common over the past 20 years, it is apparent that children and young people watching films in the UK are still exposed to frequent and at times specifically branded tobacco imagery." Alisia Lyons who led the recent study into smoking in the movies for the UK Centre for Tobacco Control. 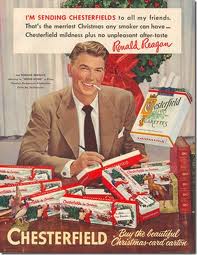 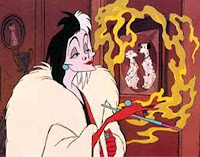 A spokesman for the BBFC has said that films featuring smoking will not be rebranded as 18 films and only titles that actively promote the habit will be deemed as unsuitable - however a source within the BBFC states that there is disagreement as to the definition of promoting smoking. One particularly strong camp claim that merely depicting the act of smoking is promotion and they want any film that shows a character smoking to be reclassified as an adult movie which is  one step further than an 18 certificate. The Aristocats was brought up as an example of smoking being targeted at children.

The hysteria surrounding smoking is not of course not limited to the UK  and Reuters recently reported that two members of the U.S. House of Representatives, Democrat Edward Markey and Republican Joseph Pitts, who both serve on the Energy and Commerce Committee, wrote the Motion Picture Association of America encouraging the industry to adopt stronger anti-smoking measures.

It's all the result of the looney fringe being given too much power within the media and government and now there is a movement for old films to have smoking scenes cut out entirely or risk being banned from screening on television - remember the classic scene in which the world was introduced to James Bond - Connery seated at the gambling table, lights his cigarette and utters the line, "Bond, James Bond,", well that would be cut from the new health conscious version of Dr No.

Everyone knows smoking is a dangerous habit and an extremely difficult addiction to break, but this really is all going too far. Getting shot is also not good for one's health but no one is suggesting removing all scenes of gunplay from movies. Though it's only a matter of time - one day the big movies will show a character getting out of bed, doing exercises, eating a low fat breakfast and then visiting the gym and then the credits roll.

Email ThisBlogThis!Share to TwitterShare to FacebookShare to Pinterest
Labels: anti smoking in movies

Your last paragraph gave me a laugh. :-)