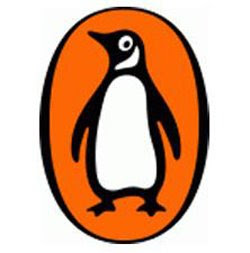 The digital revolution is making itself felt in the book world as Penguin UK announces a 10% cut in its staff in response to what chief executive, John Makinson described as "tremendous opportunities arising out of digital publishing." This equates as the loss of 100 jobs as the long established company reshapes to go digital.

The job cuts at Penguin are the largest witnessed at a major UK publisher since the recession began but Makinson, said that the job cuts were influenced by the changing book market. He claimed that this was not about Penguin 2009 but Penguin 2015 when it is expected that over 50% of books published will be digital. The news comes as parent company Pearson were named as the world's most successful book publisher.

Supermarket giant, Tesco are aiming to hit £2 million a week in book sales. This follows a loss for Tescos in the book market after the collapse of Entertainment UK last year which supplied most of their titles. The supermarket released figures that showed its books sales were down 13.23% on the same period last year.

Another independent bookseller goes to the wall - Glasgow based bookseller, Lost in Fiction has ceased trading, blaming an hostile trading environment.

Radom House have lost their finance director to HarperCollins. John Fussel is to join HarperCollins in a newly created role of group commercial director.

Sky television are to make a two part drama based on Terry Practchett's Going Postal for broadcast in 2010 and the channel's commissioning editor Elaine Pyke said that the channel will continue to adapt bestselling books for television following the success of Pratchett's Hogfather and the recent adaption of Martina Cole's The Take.
Posted by Gary Dobbs/Jack Martin at 04:01

This certainly ties right in to your recent post and discussion on electronic publishing. The Penguin article said they predicted 50% of books published being digital by 2015. That's right around the corner. I wonder if they meant their books or all published books???

Thanks for posting this. It is certainly strong confirmation. No crystal ball needed.

I think Penguin meant all books but that the biggest chunk would also be published as standard books. However market experts are saying that certain mid list titles could be digital only.

I wonder how all this ties into Libraries? Will their always be paper books for them? Will publishers develop a technology where you can go to the library, download a book for thirty days, after which it disappears or has some lock on it where you can no longer open it. Interesting possibilities. Have you heard anything about what libraries will do?

Again, like your post about the bookshops closing, I think this is quite sad, (maybe I'm just old fashioned.) There is nothing like holding a book with a really interesting cover and settling down with a coffee for a good read. (Black Horse Westerns are a good example. I think they would lose something without their exciting covers.)

Anyway, suppose technology has to advance, but give me a dusty old fashioned library with stacks and stacks of books any day.

I think Andrea's comment pretty well covers my thoughts. There is nothing like an old library with a bunch of musty old books on chock-a-block shelves. The same thing is happening over here in the New World, too.

I'm wondering what the book stores of the near future will look like. Will we walk the aisles looking at "dummy" books, empty boxes with book covers simulating a real book. We'll pick it up, read the back cover blurb, and if we want it, we go to a down load station and plug in our digital reader, swipe a credit card and walk out with an electronic copy. Sorta like video stores where you turn in the empty shell and they find the DVD behind the counter.

If so, it will feel quite impersonal and sterile to me. I find great therapy and enjoyment in hitting a bookstore or library and roaming the aisles, picking up a book whose cover looks interesting, reading the first page. I fear I'm sounding old fashioned already.

I too think this situation is sad but I am just reporting what is actually going on. Frank - that's an interesting point with libraries. Will we actually hire readers rather than books where the titles are locked into the machine and can only be changed, altered by the library. I think paper books will be around in one form or another for the lifetime of most of us but in the far future - well natural resources are dwindling. As streile as they are E-books are much less destructive on the environment.