WILD WEST BABES or "come up and see me sometime.'

There's a great series of articles relating to women in the westerns HERE. Cullen writes passionately about his subjects and is one of my favourite reviewers on the net so you'd be crazy not to visit and check out each entry as it's posted.

Writer/Critic Cullen Gallagher of the excellent Pulp Serenade tell us:

"I'm quite excited because a Western series I've been working on for some months has finally hit the net! It's called "Women of the West," and appears at Not Coming to a Theater Near You, a movie review site that 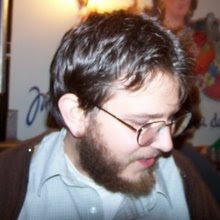 I write for. The series comprises about 20 reviews of Westerns made between 1917 and 1995, and included some much-loved classics and a bunch of forgotten, rare gems that I hope people will be excited about. The introduction was just posted on the site, and the reviews will begin appearing on Monday, July 27th - one a day for twenty days. It's the first Western-themed series the site has tried, and I'm hoping that if it is popular and gets a lot of hits then that will convince them to feature more of them. I don't want to ruin the surprise of the films we selected, but I hope you'll check in to see what the series has in store."


Get over there, Archive readers - anything western related finds favour with us. Oh and sticking firmly in the West this evening The Archive will post a Marcus Galloway interview.

All this almost makes you want to yell - 'Yeeeehaw!!!!'
Posted by Gary Dobbs/Jack Martin at 03:51

Email ThisBlogThis!Share to TwitterShare to FacebookShare to Pinterest
Labels: cullen gallagher, women of the west

Thanks for the tip. This looks like a great series and I can't wait to read it and see the films.

A great reason to fill the Netflix queue with Westerns.