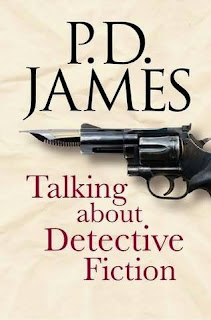 UK publishers are gearing up for the Autumn season by announcing some enticing crime and thriller novels from both newcomers and masters of the field.

One of the more interesting titles is, Talking About Detective Fiction by P.D.James. After fifty years thrilling readers with her cerebral crime fiction the author here talks about the genre that has been so good to her.

James Patterson's Cross Country will be published in paperback this October by Arrow - this time the writer is all on his own, no co-writers, for this Alex Cross mystery which is bound to sell like hot cakes.

Jeffrey Deaver also has a new UK paperback in October with The Bodies left Behind.

Avon books are banking on introducing a new series hero in James Steel's December. The press release states that Alex Devereux will be a series character for a line of books that are very much in the Len Deighton, Alister Maclean tradition.

Crime and thrillers made a healthy showing in the top ten mass market paperbacks in the UK for the week ending 30th June.


Hard Case Crime are offering T-shirts featuring their stunning pulp style book covers on their website. You can look trendy and wear your love of pulp fiction at the same time. Check them out. 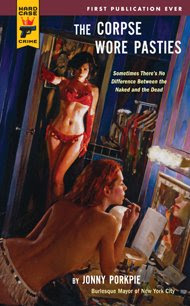 Seth Harwood who took on the publishing industry by podcasting his novel, Jack Wakes up before securing a publishing deal with Random House, is making announcements of his latest stops in his signing tour. Find details on his website. If anyone hasn't bought Jack Wakes Up yet or listened to it in Podcast form then I urge you to do so. All details are available from Seth's own website.

Check out The Globe and Mail which is now updated by-weekly with the latest in crime fiction. The website has a US slant and seems to often delivered the goods on new releases before anyone else.
Posted by Gary Dobbs/Jack Martin at 00:53