BOZEMAN MONTANA - Earlier this year, March in fact, there was an explosion in Bozeman caused by a natural gas leak. One person was killed and four buildings of old west historical importance were destroyed while three others were damaged. Chuck Winn, assistant city manager, is hoping that funding from The National Trust should enable some of the historic buildings to be saved.

Arizona's famous Diamond Bar Ranch is to have a new road leading up to it in 2010 - the current road has been described as rugged, dusty and axle - busting.

Warner Brothers have bought a script by John Hlavin called The Gunslinger - reports are that the script is about an ex Texas Ranger who is seeking the man who killed his brother. Warners are waiting to see how the Jonah Hex movie does before going into production.

The next Wild West Monday will be the first Monday in November - the next episode of The Tainted Podcast which will go live this weekend is a Wild West Monday special. Subscribe or listen to it here on the Archive. Don't forget to sign the petition in favour of the initiative in the sidebar of this blog.

The re-make of the John Wa 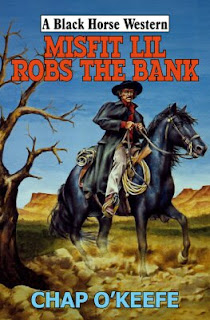 yne 1947 classic Angels and the Badman has aired in the US to disappointing reviews. Was to be expected, though. Lou Diamond Phillips is a fine actor but he's no John Wayne.
The next western being considered for the re-make treatment is the Gregory Peck classic, The Gunfighter - Actor Christian Bale, who previously did a great turn in the 3-10 from Yuma re-make, is interested in the Peck part.

The Covered Wagon, the 1924, silent western classic is to get a region free DVD this September. This is great news since the film has previously only been available on a muddy looking VHS version. Paramount who own the film have a long list of silent classic geared up for DVD treatment so here's hoping there are some more westerns among them.

Looking forward to some of the western silents. I know they're sometimes hard to watch, but it's fascinating to me that often a great many of the actors on the screen were alive during the Old West.