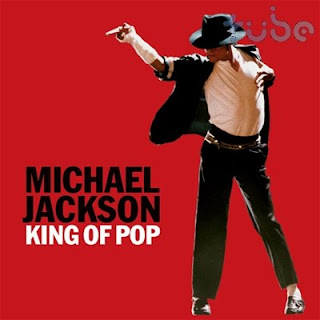 Publishers are in a rush to get their new Michael Jackson book into shops before their rivals. The Bookseller reports that at least four titles have been commissioned in the days following his death. John Blake was the first to announce Michael Jackson: King of pop 1958-2009 which is due out on the 24th August. However Carlton have brought forward their, Michael Jackson: King of Pop (originally due in October) to the 1st August. And Headline publishing have today announced that their Michael Jackson: Life of a Legend will be in shops as early as July 17th.

Borders have released their own digital book reader in order to challenge the success of the Sony Reader. Border's machine, named The Elonex is on sale now at a UK price of £189 - the device comes with 100 pre-loaded titles and is compatible with Borders own E-book as well as PDF and other text files. I had one demonstrated at Borders for me earlier today and they look bloody great and weighs next to nothing. I didn't buy one, though - I want to see how the market goes first.

Mark Thwaite of the Book Depository seems to have his fingers on the pulse - he recently warned booksellers that they must get their books reviewed on the net and stop concentrating on newspaper reviews. He said the newspapers are still essential but there are many blogs covering genres not usually covered by newspapers (westerns anyone) and that readers of these blogs are more likely to buy book on a blog say so than the bulk of newspaper readers. Guess this shows that Wild West Monday is a worthwhile initiative - keep reading the Archive for more Wild West Monday details.

Dean Koontz has just signed a contract for UK rights with Harperfiction for four new novels. The deal was done for an undisclosed seven figure sum. The first novel from the deal is due in July 2010. Harper are also to publish Koontz's account of his life with his beloved Golden Retriever, Trixie - A Memoir of a Happy Dog is due out in October.

Hey maybe I'll write about my life with my bonkers boxer, Lennon - never thought of that. 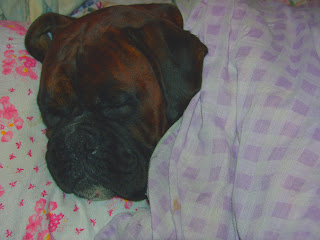 Top Gear Hosts Richard Hammond and Jeremy Clarkson are going up against each other in the book sales - Clarkson's Driven to Distraction is due out October while Hammond's Did I say That comes out three days afterwards.


Robert Hale LTD who own the Black Horse Western imprint are, from this month, publishing an extra western each month which takes the total to seven titles each month. It seems things are once again looking rosey for the beloved western genre. The Archive says - YIPPIE YA,HOO to this news. Robert Hale LTD have also thrown their weight behind the Wild West Monday initiative by highlighting the petition in their latest newsletter. If you've not signed yet then find it in the Archive side bar, just below that pic of the good looking guy pointing a rifle at you.
Posted by Gary Dobbs/Jack Martin at 12:25

I was in a Borders last night and was really disheartened by the number of Westerns. They took up one small shelf; science fiction took up about nine. We need to keep fighting.
On another note, when my book came out my agent said "If you don't get any publicity, you cannot take it personally. It's because books reviews are just not happening in the papers anymore." One of the few good pieces of advice he ever gave me. Mind you, that was 2 years ago, and it's much worse now. The Web will definitely be the new venue for book reviews.

Yep Laurie and your book is wonderful - I thoroughly enjoyed it. Newspapers are so yesterday in any case.

Thank you, Archavist. I consider that high praise indeed.

I remember you blog oftenly on because of the content makes very nice to read. Also I got some of the social networking website and online friends community website to get more friends for fun and entertainment to reach right destination about online friends.