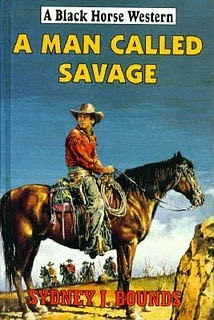 An agent hired by Allan Pinkerton, head of the famous Pinkerton Agency, would quickly gain the respect of any law-breaker. But had the great detective made a mistake with the baby-faced young killer he’d scraped off the New York waterfront? Savage was the man’s name. His task was to break up the two gangs who had been terrorizing the south-west. He was seemingly armed with just a shotgun but it was his concealed knife you had to watch...

This book moves along at the pace of a galloping horse. Savage comes across as a self-confident, arrogant kid. A kid who favours his knife as a weapon. A kid who has to learn fast and move fast if he wants to stay alive. MORE
at January 29, 2010