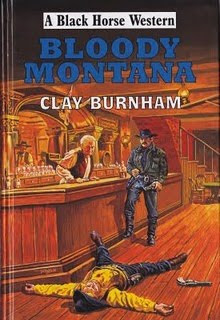 
Rafe McDonough is lost in a Montana blizzard and close to freezing when he comes across the corpse of a man who'd been shot and left on the trail. Since Rafe doesn't have warm clothing and the corpse does, Rafe helps himself to the unfortunate's thick coat and warm hat, thus saving his own life. Later, when Rafe finds a town, he's mistaken for the dead man because of the telltale attire, a situation which causes quite a stir among the locals. Even when they realize he's not the murdered man, his refusal to depart with the noteworthy duds creates serious trouble. He takes it upon himself to discover why people are so afraid of the dead man, and who left the body out in the snow. Also, he finds a letter on the corpse addressed to Clara, whom none of the locals know, and Rafe wants to locate her because it seems like the right thing to do.

In addition to the mystery of the dead man, Rafe has to decide which of the two women who show interest in him to pick--the gal who runs the restaurant or the lady rancher who seems to hire men who twirl sixguns instead of ropes. There's also a crazy coot roaming the hills and the question of why some people are so interested in what seems to be worthless property. Burnham keeps the action flowing and fleshes out the characters fully in the scant 160 pages he's allowed. His prose flows effortlessly and evokes the spirit of the Old West. He handles action or romance with equal skill. It would be nice if an American publisher would pick up the Clay Burnham books so more of his countrymen could enjoy his work.

Black Horse creates a handsome package, too. Their covers are reminiscent of classic pulp work. Instead of loose dust wrappers, the covers are attached and laminated. Check 'em out. MORE
Posted by Gary Dobbs/Jack Martin at 01:17