The old adage that you should write about what you know is one of the most bandied about pieces of writing advice. It sounds sage enough, yet I suspect that it often hampers a lot of writers as they struggle to find a genre that suits them, a tale to tell 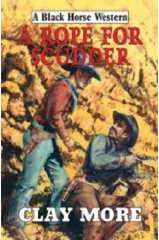 and a voice to say it in. It certainly hampered me, until I realised how I could make it work.

I actually started my writing career when I was a medical student by penning 500 word children’s stories in family magazines. Then I graduated as a doctor and did very little writing, except for writing up case histories and scrawling prescriptions. I found it very frustrating, because I wanted to write. Now don’t get me wrong, I am passionate about medicine and consider myself fortunate to have had a medical career, but I had a hankering to be more creative. Then I came across that old adage ‘write about what you know’, and I turned my hand to writing medical papers. After having a few published I started to write medical articles, and then finally medical books. Along the way I also edited several medical journals and became a medical columnist (which I still am, 26 years later).

By the time I had written half a dozen books I started to think that it was time that I tried my hand at a novel. And so again, the old adage came back to the fore – write about what you know! For me, that clearly meant that I should write a medical based novel. That was the start of an avalanche of first chapters, partial novels, even a couple of completed, yet totally inept mainstream books that never saw the light of day.

The problem was that I was writing about what I know, but not really with my heart in it. Then I decided to write about something I was interested in. Something I enjoyed reading. And that made me think about either trying a crime novel or a western.

I had been bro 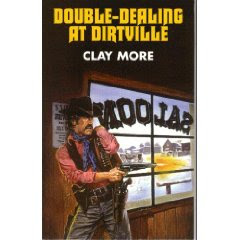 ught up on a diet of western films, TV programmes and western magazines. As a teenager I read all of the Sudden novels by Oliver Strange, and after his death, by Frederick H Christian. And I had read numerous Black Horse westerns. The thought of writing one was very appealing, the main problem being that I wasn’t sure if I could write believably about the Wild West. And of course, this all seemed contrary to that sage advice about writing about what you know.

I was still vacillating between writing a crime novel or a western, when it dawned upon me how I should interpret the essence of the adage. I should put something of what I know about into the tale, but it didn’t have to be the whole tale. I thought that if I had a doctor in the story I could make it work. I had a good knowledge of medical practices through the ages and I could get into the head of a doctor. He didn’t need to be the main character, but he would be a believable point of reference throughout the book. The more I thought about it, the clearer it became. Before I knew it I was amalgamating my crime and western interests into a novel that just happened to be a western. And so was born Raw Deal at Pasco Springs.

I felt comfortable writing that novel, although I overshot the word count quite markedly and had to cut it by about a third before it was an acceptable length for Mr Hale. But he accepted it and I was suddenly a novelist! I am sure many of my fellow western writers out there will have been thrilled by that first acceptance they received.

And of course, it spurred me on to write more. To date I have written five Black Horse westerns – Raw Deal at Pasco Springs, Nemesis for the Judge, Double-dealing at Dirtville, A Rope for Scudder and Stampede at Rattlesnake Pass – and I am currently writing the sixth. They are all essentially historical crime novels with red herrings and twist endings. And most of them have doctors in them, or they have some medical component. Yet they may or may not be what they seem!

I hope I haven’t been too long-winded about this. I just wanted to throw my two pennyworths into the pot, for what it is worth. If you want to write, then do consider the old adage about writing about what you know. But don’t think that has to mean that you have to write a novel exclusively about your career or your main hobby. Choose the genre that you enjoy reading, incorporate the things that you know a lot about and before you know it, you will have sculpted a character and a tale out of the mists of your imagination. That at least is how I did it and it worked for me.

Posted by Gary Dobbs/Jack Martin at 09:53

Hi,
I am The editor/writer with physician.com. I really liked your site and i am interested in building a relationship with your site. We want to spread public awareness. I hope you can help me out. Your site is a very useful resource.

Please email me back with your URl in subject line to take a step ahead and also to avoid spam.