SO YOU WANT TO WRITE A BLACK HORSE WESTERN

Why write western fiction? By western we mean novels/stories set in the Old West - usually, but not exclusively between the years immediately following the civil war and upto 1890. Who would want to read western fiction in the world we live in today?

Many people clearly do - the western provides a form of escapism, a comfort zone that is becoming more and more important in the frantic world we live in today. There is an enduring quality in taking the imaginative leap to a time long gone and finding that the issues facing people were remarkably similar to those we face on a daily basis, it is inspiring to read about people facing up to life's trials and tribulations and standing resolute against anything thrown at them. 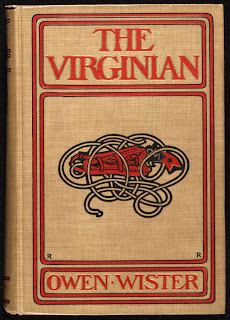 The western as a literary genre had its golden age sometime around the middle of the last century and indeed the writers of that period are still widely read today - L'amour, Zane Grey. But to find the roots of the genre you have to travel further back, much further - in fact to the Old West itself when hack writers were mythologising the West even as it was going on around them.

Perhaps the defining classic of the genre is Owen Wister's The Virginian, first published in 1901. The book sold 300,000 copies in its first year, led the American bestseller lists for most of 1902 and by 1968 had sold over 2 million copies. It is perhaps the most widely read book about that period we call, "the wild west" and shaped the conventions of the genre for generations of writers to follow. Anyone wanting to write a western simply must read this seminal work.

There was a time when everything was clear cut in the western - the hero always wore a white hat, the baddie a black one. Right and wrong were clearly defined and there was a code to be followed but these days practically anything goes in a western. Modern issues can be tackled and many writers cleverly disguise the concerns of the 21st century within their narrative. In short there is no kind of story the western can not tell - crime, romance, horror, comedy. The western is versatile enough to accommodate them all. 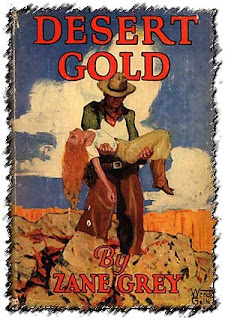 SO WHERE DO I START ? Research is very important in the westerns. You must get the details right, particularly with guns and location. I've often been enjoying a book and then I notice some mistake the writer has made and it drags me out of the story. Even minor mistakes can ruin a story. However the aspiring western writer should take heart in the fact that mostly everyone knows what the west would have looked like. This makes the writers' job that much easier and with the advent of the internet any required information is usually only a few key-strokes away.

THE ACTUAL WRITING. There is no one way to do this. Some writers like to rush through the first draft and then take care of structure, style and plot problems in the re-write. Others are more cautious and will plod along, revising as they go and when that first draft comes out it needs very little tweaking. I hop between both camps but I do like to keep the story moving along, to give it pace and I actually look forward to the revising once the first draft is complete. For me the first draft is a necessary evil and getting it out of the way is all important.


CHARACTERS. It is good characterisation that can turn a good story into a great one. Try and put yourself in your characters mindset and think what you would do in a given situation, however it is important to put modern inhibitions aside. You would have been a very different person had you been alive in the 1880's. Perhaps the single most helpful piece of advice for creating characters is READ, READ AND READ. Only by studying the work of writers you admire can you ever hope to understand the process involved in creating realistic people to populate what is after all an outlandish fictional landscape.

STOP PROCRASTINATING AND GET DOWN TO IT. The biggest thing is to stop talking about it and get on with it, as difficult as it can be to find time in our hectic lives it is important to be stubborn and get down to the actual writing. You must make time - no matter what- or your creation will always be a pipe dream. Remember it is no different writing a western to any other form of genre fiction and the tools used will always be the same. Behind every successful (define successful as professionally published)writer is a person who was pig headed enough to get on with writing no matter what was going on around them.

. And here it is, the best advice anyone can give someone wanting to write for a living, anyone wanting to hone their craft and create readable prose. It's nothing mythical. no arcane knowledge belonging to a select few. It is this - READ. Read everything you can get your hands on, devour every western that comes your way. Pay attention to the accepted masters of the genre and read classic as well as modern westerns. Look at what contemporary authors are doing with the genre. Just because the lone gunfighter is becoming a cliché doesn't mean you should forsake him or even her as the case may be. There are certain conventions the western fan demands and only by being familiar to the genre can the writer hope to recognise what these are.

So get writing, you've an arduous trail ahead of you but with stamina and a self belief as wide as the prairies you
at January 30, 2010

Thanks for a great post! I recently started my own blog about westerns, and after a few posts I realized that what I was doing was defining what I liked in westerns so that I would be able to write my own in some distant future. Your blog is encouraging me to get stepping.