A young Indian boy asks his grandfather why Indians, unlike the white man have such colourful names. 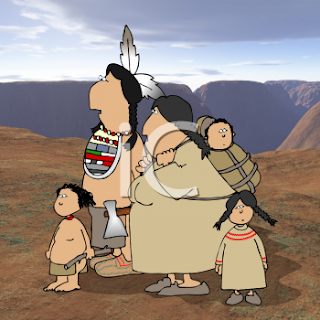 The wise old Indian smiles and pats his grandson's head - 'Well,' he says. 'We name our young after the first thing we see when we look out after a child is born. Running Elk is so called because we saw a running elk. Big Bear is named because that was the first thing we saw after his birth and the same with Long Cloud.'

His grandfather looks at him and then asks: 'So does that answer your question, Two Dogs Fornicating Behind A Tree?'
at January 29, 2010