THIS IS THE WILD WEST WEB

Films soon to go into production include True Grit, The Big Valley, Gunsmoke, Cowboys and Aliens and Jonah Hex. Writers such as Larry McMurtry an

d Cormac MacCarthy have entered the mainstream. In the US imprints such as Forge, Leisure, St. Martins Press,Bantam and Pinnacle are regularly releasing new western novels and the UK home of the western, Robert Hale's Black Horse Westerns are selling better than ever and raising their profile. At the grass roots, where the fans hang out, there are scores of western blogs and web sites with new ones springing up all the time.

That's a lot of activity for a so called dead genre...so is the wester 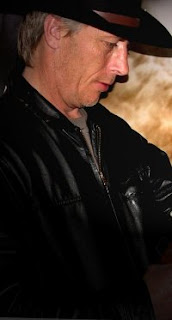 To my mind the western has never really gone away nor has it rolled over, turned a sickly green and been in need of reviving. Even during the Eighties when the genre seemed to vanish from bookshops there were still loyal fans.

So why now this surge of interest?

What surge? There is no surge? The only difference these days is that we've got the internet and booksellers are able to get their books, whatever the genre, to a wider demographic than ever before. It was only the book sellers that claimed the western was dead in the first place but now that fans are able to come together via the internet or as we call it here, The Wild West Web they can dictate what it is they want. Type in BOOK BLOGS into Google and it soon becomes obvious that genre fiction is still popular and not only westerns but horror, SF, crime, hardboiled. And yet go into any bookshop and you'd swear only a handful of big name authors were ever read.

Genre fiction is formulaic they say. And to some extent it is but then so are the blockbusters that line the bookshop shelves. These blockbusters are of a uniform building brick size and if that's not writing to a form 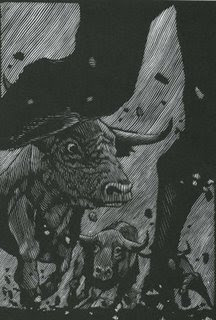 ula then I don't know what is. Over the last year or so I've gotten to know a lot of western writers and to a man they are all trying to push the envelope of what is acceptable in a western. If you want an example of diversity in the western genre then check out the anthology A Fistful of Legends from Express Western The book contains 21 western stories and between them the stories run the entire gamut of human emotions.

My own westerns Tarnished Star (available now) and Arkansas Smith (available for pre-order) may stick very closely to the classic style of western storytelling but I have tried to work in subtexts. Tarnished Star in many ways questions what it is to be a man and the responsibilities we all share. And whilst Arkansas Smith travels a far darker trail there is, I hope, a story being told on more than one level.

That's why I love the western, both as a writer and a reader - the possibilities are endless and far from being straitjacketed into an endless routine of Cowboys and Indians or white hats and black, the genre can go anywhere it wants, can explore both the good and bad sides of human nature.

I can never stray too far from the deserts and plains, the mountains and the rivers - it's the landscape of adventure and great courage. For the past year I've been working on a crime novel set in my homeland of South Wales in the year 1904. A million miles away from the Wild West and yet there are still western elements in this story of British policemen because the story takes place around Buffalo Bill and his Wild West Show' s visit to the area. I hope to have some publication news on this book very soon. But the point is that no matter w 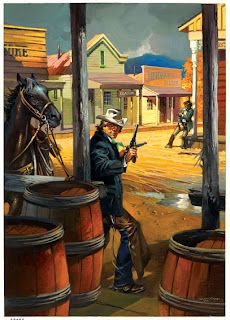 hat I do, where and when I set my stories, there will always be something of the western about them.