THE COMMUNITY - THE HEAD MAN SPEAKS

Writing can be a lonely business - stuck there at the keyboard all day, no one to talk to except your dog sat obediently on the floor besides you, your mind out of body and travelling fictional landscapes, and nothing to do but type, drink coffee, suck on a pipe, munch on a donut, or sc 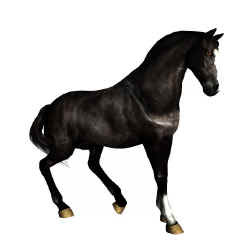 ratch yourself...wait a minute, that sounds like Heaven on Earth.

But every now and then it would be nice to have someone to talk to about your work, maybe someone knowledgeable to help with an issue or two - that's where the Black Horse Western Yahoo Group come in. You won't find a friendlier group anywhere on the Wild West Web. If you need to know the land mass of Colorado or which Indian tribes inhabited Arizona, or anything else then someone here is sure to know.

The group also coordinated the publication process of the two western anthologies, Where Legends Ride and A Fistful of Legends.

Billed: A group for readers and writers of Black Horse Westerns from Robert Hale, Ltd., and Ulverscroft's Linford and Dales Western Lines, as well as western fans in general. We produce a quarterly online free magazine called the Black Horse Express and seek to provide a friendly atmosphere of encouragement, support, research and viewpoint exchange. We seek to keep the spirit of the Wild West alive through these action-packed, beautifully packaged novels.

If your interested in westerns, as a writer, reader or viewer you'll find this group helpful. Anyone can join so click HERE and get involved. The Archive cornered cheif moderator Howard Hopkins for a Q&A session.

1 - You started the Black Horse Western Group back in 2002, what was your thinking behind this? 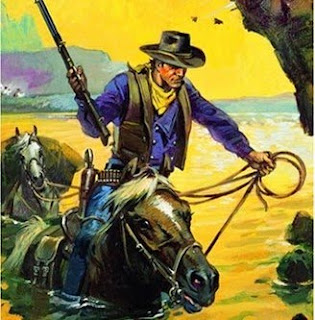 suggested to me there should be a group for these books and I thought it was a good idea. Not only to raise awareness for my own Lance Howard novels but for the entire line. I also wanted a place where writers and readers of the books could come together, as well as a supportive family-type, encouraging atmosphere for those writing them, at the time, virtually in seclusion.

2- Of course the group contains a fair number of BH authors but an equal amount of readers What can people get out of joining the group?

Camaraderie, encouragement, support, honest critique, research answers from experts, guidance for new writers, and a chance to discuss favorite Western books (and, in fact, all things Western). As well, updates on favorite books, authors and projects. One of the biggest group projects, aside from The Black Horse Express, our online Western magazine (www.blackhorsewesterns.org), is the re 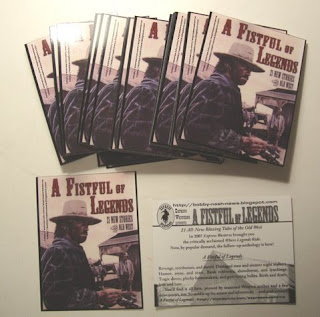 cent inauguration of Express Westerns and its critically acclaimed short story anthologies, Where Legends Ride and A Fistful of Legends. Not only has this showcased some of Black Horse Westerns’ finest writers, but it has also provided an opportunity for first-time talents to shine.

3- Personally I've found the group great whenever I need any Old West information. You send out questions and the answers come zinging in. Have you ever looked everywhere for some snippet of information and then found someone on the group knows the answer?

Oh, yes! It’s one of the group’s greatest strengths. I have spent countless hours researching something only to come up empty. A post to the group has then brought me the answer within a very short period. We have some folks on the group who are nearly living encyclopedias when it comes to Old West details.

4-What do you think it is about the Black Horse westerns that attract such a loyal following?

First and foremost, the talent pool, the story-tellers. The books are gorgeous little hardcovers with eye-catching covers, but in order for a line to survive it must provide what the readers want from writers who can tell a story. The books cover an incredible range of Western, too, from traditional to genre-stretching tales, plenty of action, leap-off-the-page characters and a look at our own modern world through the open eyes of history.


5-Your own writing - tell us a little about your non western stuff.

My writing under my own Howard Hopkins name covers a wide range, from horror to pulp adventure to comic books. I write a supernatural mystery series called The Chloe Files for adults and a series for children 8+ called The Nightmare Club (www.howardhopkins.com). Lately I have had the opportunity to develop an obscure pulp character called The Golden Amazon for comic and wide-screen books, as well as writing short stories for anthologies including The Green Hornet, Sherlock Holmes, The Spider (also Spider tales for comic book and graphic novels), Captain Midnight and The Avenger. I co-edited The Avenger Chronicles and will be resuming that job shortly for two more Avenger volumes.

6-And what's your next western going to be about?

About 40,000 words! I have two percolating, basically just titles and germs right now, but fitting them in between my comic book and antho work is going to be the problem. I have two coming soon from Black Horse titled Dead Man Riding and The Killing Kind.

Black Horse Westerns. Many folks here in the USA, even long-time Western readers, do not know what they are, but that’s changing, and I think 2010 will be the year they burst onto the trail. 2009 saw a great expansion in the awareness of these rugged little hardcovers with their shiny, action-packed covers. Much of that came from the efforts of dedicated folks on the Black Horse Western group with their Author Days initiative, their Black Horse Express online magazine (www.blackhorsewesterns.org) and writer Ian Parham’s Black Horse Blog, as well as a new Express Westerns line of anthologies. A plethora of blogs, including the one you are reading, my own Dark Bits with its Western Wednesdays (http://howardhopkins.blogspot.com) and others have gone viral. Black Horse writer Chap O’Keefe’s Black Horse Extra (www.blackhorsewesterns.com) and new imprint of Misfit Lil books, Robert Hale’s own snazzy new webpage (www.halebooks.com) and newsletter have also forged the trail.

Word is getting out and perhaps riding point in that effort is the man who conceived this Black Horse Weekend, Gary Dobbs. Consummate actor and author, he began his Black Horse writing with a novel that became perhaps the catalyst of growth within the line, igniting more sales than any other BHW before and initiating reprints on select titles. I want to say a personal thank you to Gary, not only for giving me the opportunity to participate in this weekend, but for his enthusiasm and grab-the-bull-by-the-balls attitude.

Which is why I think 2010 will be the year of the Black Horse Western. It’s starting off with a bang and can only get bigger. Express Westerns, on this very weekend, is releasing its second western short story anthology, A Fistful of Legends, which includes some of the cream of the Black Horse crop as well as a couple of talented newcomers, a book slated to compete in the prestigious Western Writers of America Spur awards. Readers will be able to sample 21 writers for the line and see for themselves just how wide a range of talent Black Horse has to offer. Amazon US is now carrying new Black Horse Westerns (but get ‘em fast!), making them easier access for US fans (as well as less expensive).

The future, even in economic downturn, looks bright for these “little horse operas that could”. The Western is far from dead. It is riding strong and will burst into a gallop. And this weekend is its “Hi Yo, Silver!”