Nik Morton points out the importance of research

These days, anyone writing a novel needs to do some research, even if the storyline is contemporary. That research may be slight, to check whether a particular street is one-way or whether those buses in Malta are still g 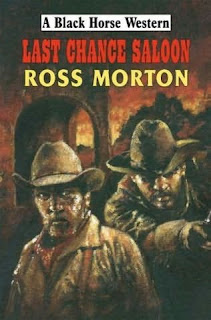 reen (they’re now yellow, but used to be green for many years). Things change, so you can’t rely on memory. With any historical drama, the writer has to strive to get the facts right. Readers may forgive the occasional blip if they reckon you’ve got most everything else right, and, of course, some facts may be controversial or twisted over the years and perpetuated by subsequent chroniclers. One helpful adage is, ‘If in doubt, leave it out.’

In the final analysis, sure, it’s fiction, so you can lie, because that’s what fiction does – it lies to resemble the truth. All a writer can do is: double check and only use research that creates a mood, a scene or a sense of character and place.

The perceived level of research necessary to write a western stood in my way for many years. I’d wanted to write one, but was put off by my lack of knowledge. Yet in the decades when I wrote science fiction, espionage and horror stories, I began amassing a collection of source books to help with my western research. One day, I told myself, I would write that western.

True, you don’t need to do much research. Simply read a few westerns and extract any ‘westerny’ phrases and vocabulary for later use in your novel. I’ve read quite a lot of BHWs and sadly a few have blatantly lacked any sense of place or realism because there was only the general, never the particular. Characters ate food, rather than have the meal described; men rode horses, rather than having their mounts individually identified, and so on. I steer clear of those writers who probably ride for the Lazy-W Ranch.

Not surprisingly, Matt Braun features a chapter about writers’ research in his book, How to Write Western Novels. Of course, he and several other popular western writers lived or travelled in the land of the Old West so they’ve had first-hand knowledge.

Braun points out that a western story usually has a tight word-count timeframe, so there’s no room for self-indulgence. ‘Use the research material to set the scene or advance the plot. Then stop.’ That’s sound advice. Many a prospective writer never got started because he became bogged down in the research, which is fascinating – and seemingly endless if all those byways and side-trails are followed.

Old tomes from second-hand bookstores can be very useful, especially those with photographs of the Old West. Braun says, ‘Old photos are a window into the past.’ He advocates that, besides using imagination, employ a magnifying glass to root out telling details. A more modern type of magnifying glass is Google Earth. Take a look at the terrain you’re writing about. Fine, population has swamped much of the land, but the topography and mountains will be much the same. I used Google to study Iran for my latest thriller, The Tehran Transmission; it also shows recent earthquake activity, which was useful as my characters experienced an earth tremor in Yazd on a particular day in the story.

The Internet is useful, but you don’t need me to tell you that, since you’re reading this blog. The fact is, though, there are countless blogs and websites devoted to reminiscences of old timers and the period.

Then there are the books. Amazon is teeming with literature on the Old West, whether that’s diaries from travellers on wagon trains to journals of women doctors on the frontier. Reading first-hand accounts can help you get the voice of your characters; contemporary books of the period give you the feel of the way the people spoke – not the strained vernacular, rather the choice of words and phrasing.

Sometimes, it may be only a paragraph or phrase that sets you off on another storyline. That’s what happened when I was reading about the American Civil War. I learned that draftees could pay $300 for a substitute. That prompted me to write about such a substitute; whose place he took and why was part of the story I’d still have to develop. In time, it became a novel, The $300 Man.

Any number of source books may become invaluable to an author. Certainly, one of the most interesting and useful is Everyday Life in the Wild West by Candy Moulton. Besides being helpful, it’s a fun read: ‘A Texas couple eloped on horseback, accompanied by a clergyman. They were pursued by the bride’s father, and the minister performed the marriage ceremony at full gallop.’ (p168). The image that conjures up is priceless, though I doubt I’d get away with featuring something like it in a novel – too unbelievable for fiction! Other books of note are The Prairie Traveler by R B Marcy and the Dictionary of the American West by Win Blevins.

Readers don’t pick up a western to be educated by dense paragraphs of research, but they do expect an exciting and well-paced story with believable characters in a land they can almost smell. The writer’s job is to convey that sense of ‘being there’, and that can be achieved only by the judicious use of a number of tools and skills. And in writing the western novel, research is one of the most important tools available.

Writing as Ross Morton, Nik has 3 Black Horse Westerns published by Robert Hale: Death at Bethesda Falls, Last Chance Saloon and The $300 Man. He is the author of a crime thriller Pain Wears No Mask and two psychic spy Cold War thrillers The Prague Manuscript and The Tehran Transmission and the editor of A Fistful of Legends, 21 stories of the Old West (Express Westerns). Over 90 stories published, including ‘Spend It Now, Pay Later’ and ‘I Celebrate Myself’ in Beat To A Pulp. He won the bookawards 2010 short story competition with ‘Codename Gaby’ - see http://thebookawards.com/. Find Nik at www.freewebs.com/nikmorton and http://nik-writealot.blogspot.com.