GUNFIGHT AT THE OK CORRAL - WHAT REALLY HAPPENED 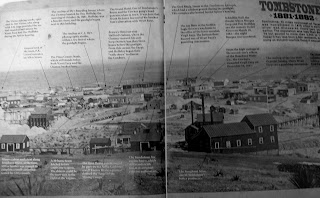 At the end of the gunfight, which lasted only seconds, three men were left dead and three more wounded. There is still much controversy surrounding the gunfight. Did Ike Clanton spark the gunfight? Was Tom McLaury, the man the Earp's claimed fired first, actually armed? Did the presence of Doc Holliday actually make violence inevitable? 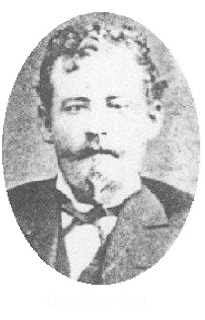 On the morning of October 26th 1881 Ike Clanton was involved in a poker game at the Occidental Saloon in Tombstone, Arizona. The game had been going on all night, which wasn't unusual and four of the five participants in the game would be involved in the famous gunfight later that day. The players were Sheriff Johnny Behan, Virgil Earp, Tom McLaury, Ike Clanton and a fifth man whose name has been lost to history.
As the game went on and Clanton started losing heavily he became irritated and started mouthing off about earlier run ins with Doc Holliday and Virgil's brother, Wyatt. When the game ended and Ike found out that Virgil had kept a six shooter in his lap for the entire game, he hit the roof. He claimed that this was proof that Virgil was involved with his brother and Doc in a conspiracy against him. He demanded that Virgil take a message to Holliday, insisting that the time had come for a fight. Virgil refused and Ike said - "You may have to fight before you know it."
Ike left with Tom McLaury - the previous day he had already threatened Wyatt and Doc and now he added Virgil to his list.

Trouble between the Earp's and Clanton had been brewing for more than a year. Virgil Earp had risen to cheif of police and it was no secret that Wyatt was planning to run for Cochise County Sheriff. The Earps had become a threat to the Clanton rustling operation. Ike was also in a panic over a deal he had made with Wyatt in which he informed on friends of his who had robbed the Benson stage near Drew's Station in March 1881. Wyatt was hoping cracking the case would help him secure the position of sheriff and Ike would collect the $1,200 reward money for each of the men involved in the hold up.

After the poker game Ike went to the West End Corral to pick up his guns which he had surrended upon entering town under Ordinance 9 which forbid the carrying of firearms within town limits. At this point Ike should have been leaving town but he had no intention of doing so and he was determined to finish of the Earps before the news of his dealings with Wyatt became public knowledge.
"I had those guns around my person for self-defense.' He would later tell the courts.

Not long after picking up his guns Ike ran into Ned Boyle, a bartender from The Oriental and friend of the Earps and told him he was going to bed.

"As soon as those Earps make a show on the street today,' he told the bartender. "The ball will open. We are here to make a fight. We are looking for the sons-of-bitches."

Ned Boyle was worried enough by Ike's words to rouse Wyatt from bed and deliver the threatening message.
At about 9am, police officer A.G. Bronk of Virgil's force woke Virgil and told him Ike had threatened to kill Doc Holliday on sight. 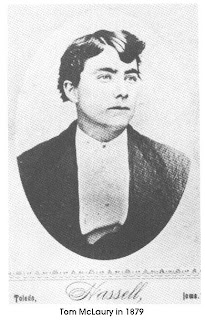 Around 10am Ike was chatting with miner Joe Stump at the Kelly Wine House and Ike grumbled that when he had been insulted previously by Earp and Doc he had been unarmed but now he was well heeled and that he would fight on sight.
Later that day Virgil and Morgan Earp came across the armed Ike and took him by surprise, arresting him for being in violation of Ordinance 9. Ike was fined $25 and Virgil took Ike's weapons over to the Grand Hotel to be collected later. During the time that Ike was facing the judge an angry Wyatt had a minor confrontaion with Tom McLaury in which Wyatt pistol whipped the man about the head and then cooly walked over to Halford's Corner Saloon.

A short time later Billy Clanton and Frank McLaury came into town and heard of the fight brewing - Frank in particular wanted to know why Wyatt had hit his brother Tom but no one seemed to know the reason. When walking down Allen Street they met up with Billy Claiborne,a friend of the Clantons and they were soon joined by Ike who was still unarmed.
At 2.30 pm Sheriif Johnny Behan noticed the armed cowboys and he tried to disarm them but they refused. Frank McLaury told him that, "As long as the people of Tombstone act in this way towards us we will not give up our arms."

By this time Virgil Earp had learned of the armed cowboys and he decided they must be disarmed. Along with his brothers Wyatt and Morgan and Doc Holliday he went outside to make a date with destiny.

Official records show that at this point there were three armed cowboys - Billy Clanton, Frank and Tom McLaury - though to this day there is still speculation that Tom was actually unarmd. Ike was with them but his guns were still at The Grand Hotel.

The cowboys were at a vacant lot close to the OK Corral and the Earps and Doc Holliday made their way directly there, intending to disarm the cowboys but ready for a fight should one start.

'We have come to disarm you," Virgil told the cowboys."Throw up your arms."

This is where reports differ. Some say it was Tom McLaury that drew first, others claim it was actually Frank but whateve 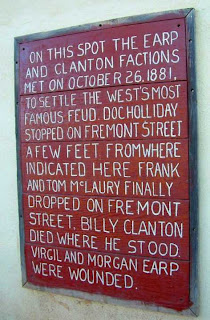 r happened a thirty second gunfight started after which three men lay dead and three more were wounded. Ike Clanton, unarmed, had run off during the first round of fire leaving his younger brother and friends to face the full wrath of the Earps.
Wyatt Earp and Doc Holliday were the only two men not wounded at all in the brief fight which has become a legend of the West - perhaps only third in name reconition next to Custer's Last Stand and The Alamo. 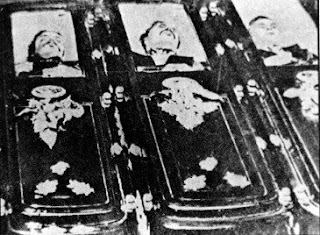 There's a whole book on the "Other side of the story" called "In Defense of the Outlaws" by Joyce Aros. It looks at the "facts" in a different way than usual. Great read!

You've walked that walk before with the Earps and Doc Holliday through the streets of Tombstone always focused on the inevitable showdown with gunpowder.

This time we walk this walk with the cowboys. The story has been told and retold and will go on being the one gunfight to remember above all. But should it not be told from the side of the cowboy as well? What was their purpose in coming to town on that chilly afternoon? How did they trigger, in little more than half an hour, a deadly confrontation with four of the Old West's most notable town tamers?

In Murdered on the Streets of Tombstone Joyce Aros carefully examines a minute by minute evaluation of the events as they unfolded before the eyes of the startled townsfolk that chilly October afternoon in 1881. Citing the Inquest and Hearing testimonies and comparing them to the various legends that have surrounded that fateful day for over a century, the author's presentation may just lead you to concur that Tom McLaury, Frank McLaury and Billy Clanton were Murdered on the Streets of Tombstone!


AVAILABLE AT AMAZON.COM
ALSO AT BARNES AND NOBLE

Pure rubbish! These aren't facts they are Joyce's opinions based on her anti-Earp feelings. There's no footnotes no real evidence to back her conclusions just her one-sided opinions. Not worth the paper it's printedon.

Hi Anonymous,
I am sorry you feel so strongly about this book, especially since it seems you haven't read it!! Otherwise you wouldn't have to hide behind Anonymous!
The statements you make here and on amazon make it seem like you have a vendetta, just like Wyatt.
If you did read it and really don't like it, please contact me (I am the publisher) and I will refund your purchase price (if you will return the book in unused condition).
Thank you and have a Great Day!