DAVID WHITEHEAD PONDERS THE FUTURE OF THE GENRE 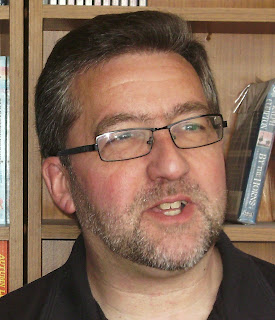 There was a time when the western was a simplistic, straightforward story of good versus evil: a classic morality play. And that was fine .... for the times in which those books were first published. But today’s increasingly sophisticated readers rightly expect more. They want a new take on the old themes, original stories told in an engaging style, with strong, well-drawn characters and plots that are almost impossible to predict. Certain factors remain constant, of course – the hero must always win through and the bad guy must always get his comeuppance. But it seems to me that too many writers are reluctant to modernise their approach – and make no mistake about it, my friends, we have to modernise or die.
Don’t get me wrong. There are a number of excellent writers working in the genre, and their love of and commitment to the form is beyond question. But what of the stories they’re telling, and the way they’re being presented?
Sometimes I think I’ll scream – or at very least loose off a strangled Apache war-cry – if I read one more range-war story, or a tale about a man who spent years in prison for a crime he didn’t commit. I’ve read all that, many times over. What I want now – what I believe our readers want – is something different.
I’m not for one moment suggesting that we start producing stream-of-consciousness westerns, or teen-market westerns, or using the genre to explore the frailty of the human condition. There may be an art to writing a good western, but let’s not kid ourselves here: the westerns we produce are not and should not be considered as Art with a capital A.. Our readers by their very definition are highly moral, down-to-earth, no-nonsense types, and these are the people we need to entertain, not alienate..
So what’s the answer? Since all the great western stories have been told, many of them more than once, where does that leave us?
It leaves us with a very tricky balancing act.
On the one hand, we must retain enough of the traditional to please long-term readers. Take away too much of the traditional and then our westerns cease to become westerns.
On the other hand, we have to go back to the history books and start winkling out some of the lesser-known aspects of the period and creating new stories around those. We need to work harder to make our readers feel the heat of the deserts we describe, the biting cold of our snow-blocked passes, the pain of a well-aimed punch or bullet-strike, and above all we need to make our protagonists just as realistic as we can. After all, where’s the point in following the exploits of a cardboard character who’s always going to come through it with hardly a smudge on his freshly-pressed shirt?
We need a greater degree of realism, then, not necessarily in our portrayal of the period but certainly in the way we portray our characters, and to this I would also suggest a greater emphasis on style. Even if our plot isn’t necessarily the greatest, it will still succeed in entertaining its audience if it’s told in an entertaining fashion, with a clever and colourful use of language and dialogue.
At the moment, the western here in the U.K. remains a much-maligned genre – and, I have to say, with some justification. If we’re to turn that opinion around and encourage the respect it so rightly deserves, we all need to set our standards higher, and finally move with the times into an exciting new era of storytelling.
VISIT DAVE HERE
at January 29, 2010