What is a western? 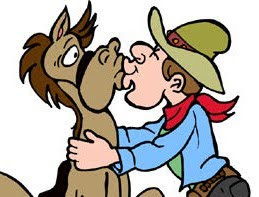 What is a western? Are these modern westerns, No Country for Old Men and Cogan's Bluff to name but two, truly westerns? Is a civil war story a western? Do westerns set in the later part of the era and feature motor cars, telephones etc qualify as westerns?

Some claim that to be a true western a film/book has to be set after the civil war and no later than 1890 - there is some merit to that but the rules are too limited for the genre to truly thrive. To my mind No Country for Old Men is most definitely a western albeit one that should be categorised as a modern western. But films such as Ned Kelly and The Proposition which were billed as Westerns are most defiantly not part of the genre. To me setting is far more important than the era depicted and I think that works like the aforementioned No Country For Old Man can only made the genre stronger as a whole and maybe bring new readers/viewers into the fold. As long as a work is set in the American West then it is most definitely a western regardless of the time era.

But even that causes problems as films like Clint Eastwood's Honkeytonk Man would classify as a western. And it would be absurd to call his vastly underrated bittersweet tale a western. And yet another Clint Eastwood vehicle, The Beguiled is very firmly placed in the western genre and yet in the classical definition it is not a western. Using this rule to classify works would also make Mark Twain's Tom Sawyer and Huckleberry Finn westerns when it would be insane to call them such.

So what is a western?
All of a sudden, I'm not too sure.

The word Western attached to a film or book does conjure up the classic set up - the mid to late 1800's, cattle drives, outlaws, gunfights, stagecoaches, the railways, Indians --you get the picture. And when a early motor car makes an appearance, such as in The Wild Bunch and Big Jake to name but two examples, it throws the viewer/reader. And yet these two films are most definitely westerns - BIg Jake even includes a motorbike chase scene but it's still very much a western.

All of a sudden I'm not so sure what is and what is not a western. Maybe the western is just too versatile to peg down in any one slot.

Not that it really matters - I think we should embrace the western in its myriad formats .
at January 30, 2010