ALL THOSE YEARS AGO 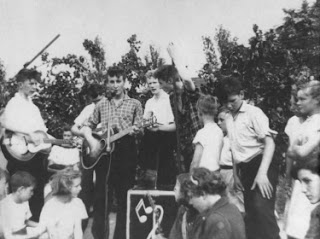 Rock ‘n’ roll history was altered forever on this day in 1957, well yesterday actually,  when a young skiffle group named The Quarry Men performed a short gig at the St. Peter’s Church garden fete in Woolton, England, as part of the annual Rose Queen parade and celebration.

After a lawn concert consisting of popular rock ‘n’ roll favorites like “Come Go With Me” and “Be-Bop-A-Lula”, guitarist and singer John Lennon met another young man named Paul McCartney, introduced to Lennon through a mutual friend, Ivan Vaughan.

And the rest is, as they say, history 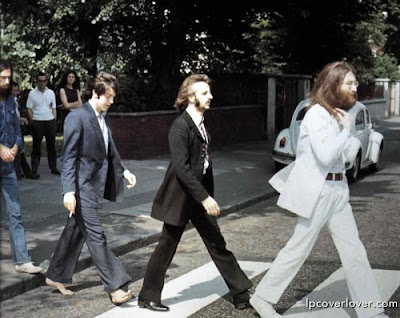 Posted by Gary Dobbs/Jack Martin at 06:26

Email ThisBlogThis!Share to TwitterShare to FacebookShare to Pinterest
Labels: the beatles

Their story is fascinating to me. Who could have known what it would all lead to, for us, for them, forever.