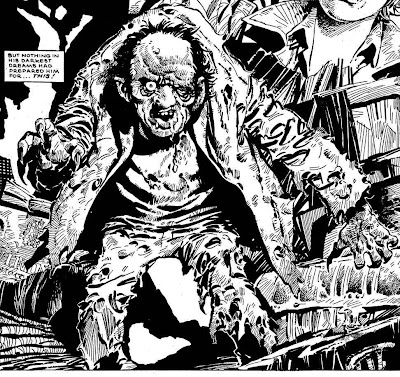 I've long planned to do a post as part of the Archive's Sunday Comics series looking at horror comics, but the history of the big hitters in the comic book horror field - EC Comics and so forth is well documented and thanks to Archive reader John Leask (he runs a pretty nifty blog HERE) who sent me a load of scans I am able to talk about a little known British horror anthology title, Scream which was published by IPC Magazines and ran to 15 issues. The title didn't have  a long run before falling victim to slow sales but the title has gained a cult status over the years. Yep, it's got several websites devoted to it's short run. By far the best is Back from the depths which actually contains all 15 issues in full.

Scream was launched in 1984 and mixed in amongst all the SCI-FI influenced titles on sale, at the time it seemed quaint and old fashioned and sales were not as high as expected. This all contributed to the comic's early demise, as did the production strikes which often kept the title out of the shops,  but there was also unease with the managers of IPC who didn't want the comic stoking up controversy. They were still smarting from the incident a few years earlier when another of their titles, Action had been banned for excessive violence and all these lovingly drawn images of severed heads were making the management nervous. 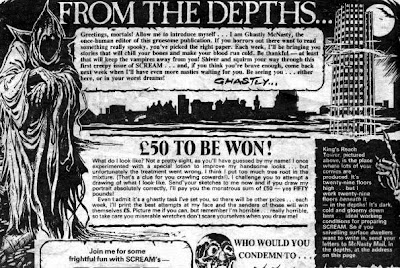 "As for why the axe fell, rumours still persist to this day. Was the comic just too gruesome for the IPC bigwigs? Or was it just another victim of the hard financial realities of the Eighties? Whatever; with those fifteen Scream! comics now considered collector’s items by latter-day fans, it’s achieved some sort of life after death - which is entirely appropriate when you think about it." Graham kibble-White, The Ultimate Book of British Comic Comics.


The comic followed the successful structure set by titles like 2000AD and in common with that title, Scream had a fictional editor. One Ghastly McNasty whose office was located deep in the caverns beneath King's Reach Towers. Why IPC chose to launch a horror comic during this period seemed like good thinking - Stephen King and James Herbert were selling mounds of book, VHS video was making inroads and the Video Nasty boom was in  full swing - the tabloids of course picked up on Video Nasties and started a campaign against them, and this would have made IPC management even more nervous that their little comic would be dragged into the furore. 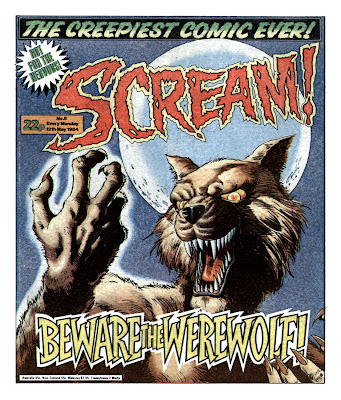 A lot of talent from 2000AD worked on Scream - Alan Moore, Alan Grant, John Wagner, Cam Kennedy to name but a few, but for all its tight storytelling and great black and white artwork, the title never really found a place in the comic market which was shrinking rapidly at the time.

Still there are some treats to be found in the old issues. Rogue Trooper creator, Gerry Finley Day gave us what is arguably the finest Dracula based comic strip ever, with The Dracula File. The Thirteenth Floor was also successful enough to survive Scream's eventual merger into Eagle. 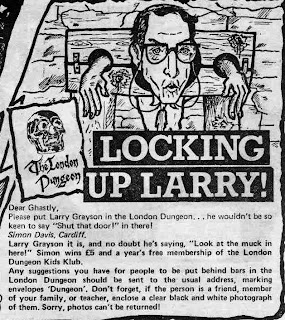 It's a pity Scream didn't last for longer than it did. It was a great title and offered a nice alternative to all the war and SCI-FI titles that filled the shops. And besides any comic that trapped Larry Grayson in the deadly dungeons must have had something going for it. Shut that door, indeed.

Below we present a complete story from the Tales from the Grave which was a series of one off stories very much in the style of 2000AD'S Future Shocks - remember click on any image for a larger, readable version. 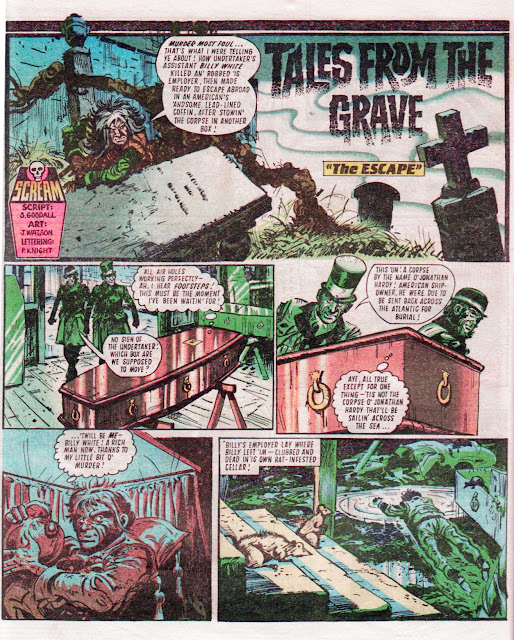 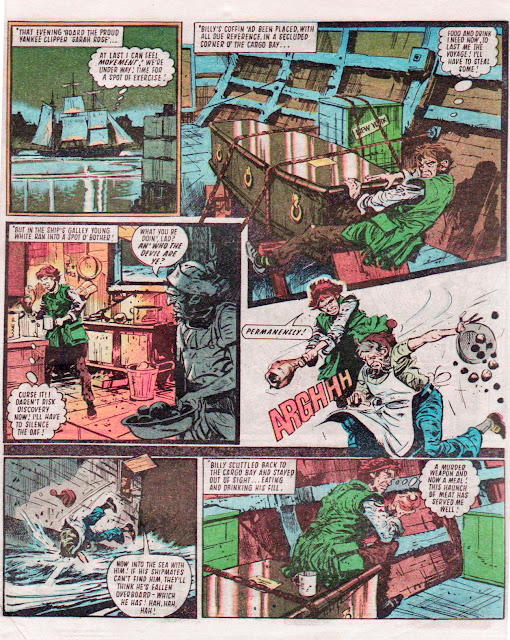 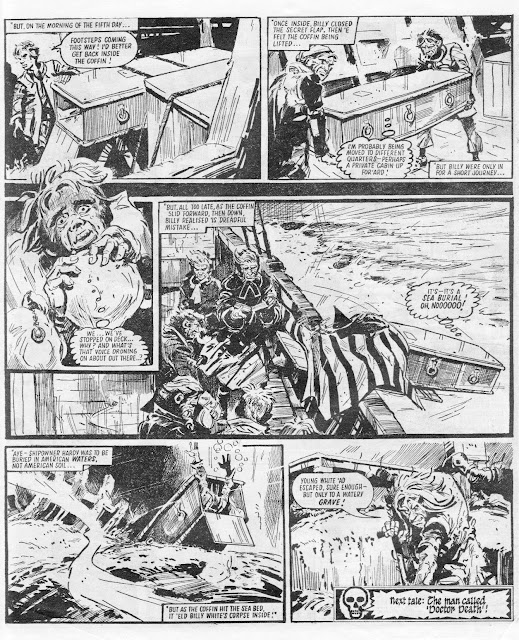 Posted by Gary Dobbs/Jack Martin at 04:49

Although I was long gone from British shores by the time Scream had its short run, I suspect 1984 was at least 10 years too late to find wide acceptance for basic, "Tales From..."-style horror yarns. The one here by Scott Goodall is short and pithy and has the requisite clever twist. Ten years or more earlier it would have fitted well in one of the US Charlton ghost titles.