It's great news that publisher, Robert Hale are to expand their range of Black Horse Western titles available as eBooks. This follows on from the success of the bundled eBook which was published earlier this year. And speaking of the eBook bundle - four books in the one volume - Amazon are currently offering it for an all time low price - HERE 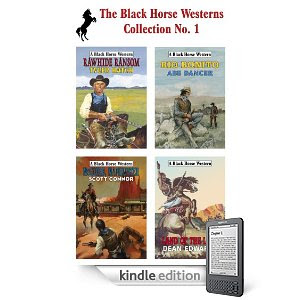 The eBook is available on all formats and is an ideal introduction to readers new to the popular imprint,as you get four books for less than the retail price of one of the traditional dead tree books.

Quentin Tarantino's forthcoming Django Unchained is generating much excitement amongst western fans, which bodes well for the movie. It's building up a level of expectation similar to the Coen Brother's True Grit remake and we all know how well that one did. The Archive is excited about this one, just as we were excited about True Grit and remember we were right on the button about True Grit when we ran THIS.

And linking neatly to True Grit - I received the DVD release as a gift for father's day this year, and am eager to watch it in the comfort of my own home. I saw the movie twice at the cinema and although considering it slightly inferior to Wayne's original, I thought it was excellent. The extra features seem slim, with only a few short documentaries listed on the cover and no commentary. Expect a full review of this DVD during the Archive's forthcoming Wild West eMonday weekend.

And speaking of western movies - Burn Hand Films production of LawMaster which Archive readers will know is based on my novel, The Tarnished Star seems to be shaping up nicely. I recently had a productive brainstorming session with the director, Neil Jones and we should have a script ready very soon. In the meantime Burn Hand's current hit, Risen is available on DVD and highly recommended

The summer's here and once again there'll be a big budget western at the box office - Cowboys and Aliens is currently popping up in all the entertainment magazines as we approach the August release date. This SF/Western hybrid looks very interesting and for the first time in years, The Archive is arsed about a summer blockbuster. 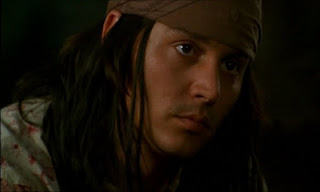 It's true westerns really are coming back into vogue and they seem to be everywhere these days - last year's TV hit, The Walking Dead was very much influenced by the western with Andrew Lincoln's lone lawman on horseback fighting off a zombie apocalypse. And there are plans for a new TV reboot of the popular western series, Bonanza. The Red Dead Redemption video game has been tremendously effective and is making westerns hip with a younger audience. Not forgetting of course the Lone Ranger movie starring Johnny Depp which will hit screens December 2012.

This month the Archive celebrates another Wild West eMonday - a full weekend of western related posts, designed to encourage readers to try a western - and it's gonna' be a big one with contributions from many genre luminaries.

Wild West eMonday will occur during the last weekend of this month
Posted by Gary Dobbs/Jack Martin at 13:15