Lance Howard is a pen name used by Howard Hopkins - under the Lance Howard byline Mr Hopkins is responsible for more than thirty Black Horse Western novels.
You can find him HERE
And so the Archive hands over to the big man himself who informs us that the western is very much alive and kicking. 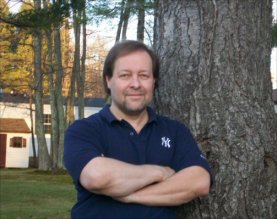 The Western is dead.
Or so you'd think if you paid any attention to the big publishing houses out there. But is that a self-fulfilling prophesy? Or is it Westerns just aren't cool in their eyes so they make that excuse because they don't want to publish them?
Amazon reports on Kindle the Western is the lowest selling genre. But is that because folks don't want to read it or because there just isn't the glut of material available as in a genre like mystery or romance? Chicken, egg? (However, John Locke sold 30,000 downloads of his first Western within a short period recently--that sounds pretty decent to me.)
The Western has been reported moribund for too many years to bother counting, it seems. And in a way some of us as Western writers and fans haven't really helped that very much. We, as well as the general public, suffer too often from a perception of what the Western should be. Why it's a hoss, a cowboy and gunfight.
Is it? If that's all it is, it's easy to see why it would be on its way to boot hill.
But I can say with all faith--and against the grain of some western writers, publishers and agents--that it is not. The Western was never about those trappings, though certainly they have been and can be a part of it. The Western is and has always been about the pioneering spirit, about preserving against tremendous odds, about heroism. That has always been in vogue. It always will be. 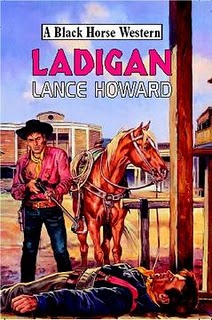 And so can the Western.
But it is time to loosen the cinch some?
Expand what the Western is and make sure readers know how much it can be.
This is the principle reason I sprinkle my own Westerns with staples from the horror, mystery and romance genres. Much to the chagrin of "Westboys", to coin a phrase. My two recent Westerns released on Kindle and Nook, The Dark Riders (http://www.amazon.com/dp/B005DC6B9Y) and Pistolero (http://www.amazon.com/dp/B005DCCM1U), are anything but your pappy's Westerns. They reach out of the genre, Dark Riders with its band of bloodthirsty vampire outlaws and Pistolero with its suspense/ripper motif. I've been criticized for infecting the pure, told by agents reading The Dark Riders to "take out either the vampires or the western part." I refused. The Dark Riders has become my best-selling book, and most reader acclaimed. Because beyond vampires it involves themes--themes of loss and courage, or heroism and overcoming adversity--that are as valid today as they were in the old West, themes upon which the Western has always been built. 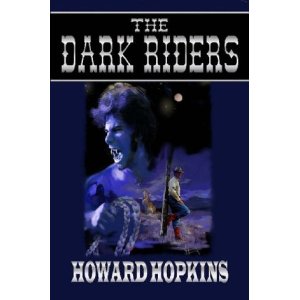 Anyone who thinks blending genres doesn't spice things up should take a look at this weekend's release of Cowboys and Aliens.
Boxing in the roots of a tree kills it. Letting those roots expand freely...lets it thrive. The Western is like that. Blending it, expanding it, gives it new life and consequently creates an entire forest. Traditional Westerns will grow, as the genre grows.
Everybody wins.
It's time to make sure everybody knows the Western is still cool. With Kindle we, as Western writers, have that chance. I hope we don't fall into the same box that got the Western labeled boots up in the first place.
Posted by Gary Dobbs/Jack Martin at 05:08

Hi Howard. Just so you know, I followed you here from Facebook.

Very nice post! I admit, I started kicking and screaming when I first heard about "Cowboys and Aliens." I write traditional western romance with the hoss, the gun, and the cowpoke/gunfighter and gal and you're right, it's not a big seller.

Your post has given me food for thought. All the recent western movies seem to feature anti-heroes. It's long been my opinion that we need some larger-than-life-heroes to bring westerns back into favor. Maybe some *really* larger-than-life heroes. Like super heroes. Just look at the popularity of all the comic book super heroes lately. And that gives me an idea... :o)

Thank you for the post, and for making me stop to think outside the box.