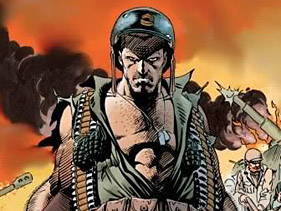 After scoring a huge success with Sherlock Holmes and the same success virtually guaranteed for the sequel which is currently filming, director Guy Ritchie is being linked to high profile projects. It seems the director in in talks with Warner Brothers to helm the Sgt. Rock movie based on the hard as nails comic book warrior.

Ritchie who is best known for bringing English Cockney wide- boy types to the screen, looks almost certain to be taking a crack at this American Icon. 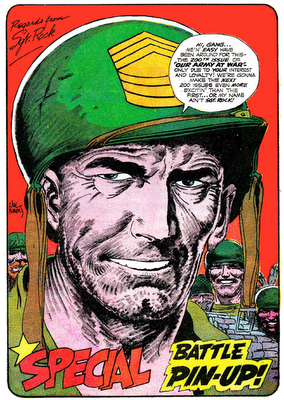 Sgt. Frank Rock is a fictional infantry non-commissioned officer who served during World War II in the DC Comics Universe. He first appeared in Our Army at War #83 (June 1959), and was created by Robert Kanigher and Joe Kubert.