Wild West eMonday - what it's all about 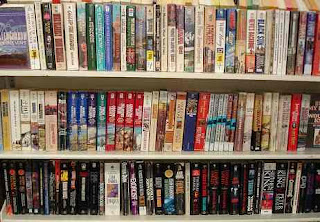 However as the Seventies turned into the Eighties something strange happened - apparently all book buyers started to demand books which were 500 pages plus and in which each story was basically a retelling of the one before. And the gems - the quick reads that were purchased by teenagers and young adults started to disappear. A new phenomenon started to appear - the mega- seller - Stephen King, Jeffrey Archer, James Herbert and in latter days J K Rowling and Martina Cole. 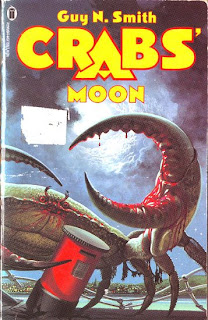 Now don't get me wrong I love some of these writers but even the great Stephen King ( a man who in my opinion has written at least a dozen all time classics) took a dip in quality after Misery as he tried to pad each book out to a size dictated by the market place. What no-one seemed to notice is that writing is a creative process and creation cannot be set by market forces. Not every story needs a billion willion squillion words to be at its most effective. Nevertheless books of this size started to dominate which was why we often got to learn, as well as the major plot, what kind of shirts our hero favoured or where he went to school. Irrelevances often ruined a story and dare I say it - "reading got boring"

So that's what Wild West eMonday is all about - OK the emphasis is on westerns but it's about more than that. It's about telling the publishers what we want, about bringing back quick exciting reads that can compete with the latest DVD or Video Game in the thrills and spills department.

So take part this Wild West eMonday - buy an eBook and show your support for the genre. It's all as simple as that - if folk  take part in large numbers then shops, libraries will be getting similar requests all over the globe.
Posted by Gary Dobbs/Jack Martin at 19:09