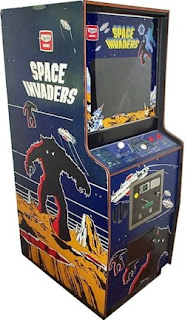 The BBC have announced that they have commissioned 14 new episodes of Doctor Who. However these will be split over 2012 and 2013. There is buzz about something big happening in 2013 when the show celebrates it's fiftieth birthday.

Orlando Bloom is confirmed for a part in the forthcoming, The Hobbit

Actress Gwendoline Christie has been cast as Brienne, the Blue Knight in season two of Game Of Thrones.

The third edition of The Encyclopedia Of Science Fiction, the definitive reference work in the field, will be released online later this year by the newly-formed ESF Ltd in association with Victor Gollancz, whose support will enable the text to be available free to all users. This initial “beta” version, containing about three-quarters of the total projected content, will be unveiled in conjunction with Gollancz’s celebrations of its 50th anniversary as a science fiction publisher.

Producer Beth Willis is leaving Doctor Who to return to Kudos Film and Television.
Willis has been the producer for the show for the past two seasons, helping usher in the Matt Smith era and working with producer Steven Moffat.   Her tenure as producer will run 27 episodes of the new show.

Marvel has targeted July 26, 2013 for Thor 2.  That will be a year after The Avengers movie and only a few months after Iron Man 3 opens.Director Kenneth Branaugh won’t be returning to the franchise, however.  So the director’s chair is wide open.

Posted by Gary Dobbs/Jack Martin at 20:35