Born on the wild frontier of East London, David Whitehead always wanted to write. As a child his father would pass on his old western books and also record stories he'd invented himself onto a tape for his young son to listen to.

And now that boy has become a man but that boyhood love of storytelling, and specifically westerns is still with him. To date he has penned almost fifty westerns under a handful of names as well as venturing from time to time into other genres. And now David is making many of his backlist titles available electronically which should excite any western fan. Just goes to show what we've been saying around here for ages now - if you're a western fan there's never been a better time to get a Kindle, Sony, Nook or other eReader.

David has used many names over the course of his career - Ben Bridges, Carter West to name but two of a wild bunch - but what's in a name? Is there any difference between a David Whitehead and a Ben Bridges for instance?

"Yes, there are subtle differences between the styles I use for the different pseudonyms.", David told the Archive. "Ben Bridges, for example, was always a tougher style with action as the main driving force, whereas my westerns as Glenn Lockwood (which have yet to appear in ebook format) were far more character-driven. Overall, however, I would say there are more similarities than differences. I hope always to tell a good, original story the old-fashioned way, with a beginning, a middle and an end."

"We need to be at the top of our game so that we can produce original westerns aimed at a more modern market." David Whitehead 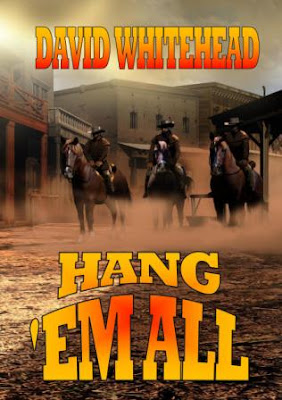 The new electronic editions are sporting stunning new artwork, with a uniform look. The Archive liked the design, told David so and then wondered who the artist was.

David smiles, "Many thanks for your kind words regarding the covers," he said. " I like them, too! I buy the illustrations from various agencies and then design the cover text around them. I think it's important to have a recognisable 'house style'. I don't use photographic covers, for example, always illustrations. The text is always bright and eye-catching."

Eye catching indeed and the cover images evoke memories of the golden days of the westerns.

"I suppose I've been influenced by the good old days of Richard Clifton-Dey," David continued. "And Tony Masero and David McAllister. Anything I can do to recreate that feel of the old Piccadilly Cowboy days is all to the good." 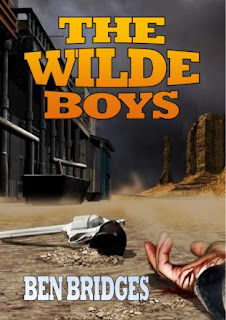 "I was born wanting to write. And since my Dad took me to see all the western movies that were still being made during my childhood (the 1960s) and we were forever watching westerns on TV, and since he used to make up western stories for me and then read them into a reel-to-reel tape recorder so that I could listen to them while he was working evening shifts as a security man, the western seemed a natural genre for me." David Whitehead.


Bringing these modern western classics back into print via the digital medium must have presented more than a few problems. I have bought several eBooks over recent months in which the formatting is abysmal, with text running across the page as if set by an epileptic on cocaine, and yet the formatting in these editions is spot on. How much of a challenge was this? 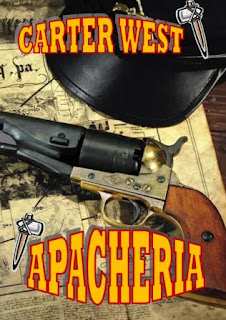 "It was difficult to format the books for Kindle, David admits. "But only at the outset. It was very much a case of the blind leading the blind. But I had the great good fortune to have a wonderful friend in the shape of Malcolm Elliott-Davey, who writes westerns as Cody Wells and whose first BHW, SIX WAYS OF DYIN', is now awaiting publication. He educated me as to the right way to do this thing, and I will always be grateful to him for that."

And western fans should also be grateful to Malcolm Davey AKA Cody Wells because the books are now out there. There are some great titles in David's backlist and western fans should give one of these books a try, but prepare to dig deep and buy the rest. David's writing, like that of all great western writers, has an addictive quality. The books he wrote with Steve Hayes for instance are among the best I've read in many years.

"I always wanted to bring my old books back into print." David said.
"If there was no such thing as Kindle I would have started issuing them in paperback via a site like www.lulu.com. I would have probably issued them as uniform sets, say with blue spines for the O'Briens, yellow spines for The Wilde Boys, grey spines for the Judge and Durys etc., so that when you had the lot they would look really beautiful set out on your shelf. But that would have been an expensive proposition for the reader, especially when you think that we're talking about seventy books here. Kindle enables the reader to buy the book at a bargain price and receive it instantly as a download. It's more convenient all round." 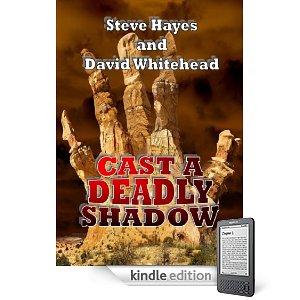 What is also convenient is that using the Amazon store readers can download a sample of each book and then after reading you can decide to buy the book. They're all priced reasonably, cheaper than a new paperback. So come on - readers who want to head West best take a short detour up the Amazon.


Check out the new eBooks HERE
Posted by Gary Dobbs/Jack Martin at 04:09

Totally unfair! The Wilde Boys is not available on Kindle outside the US. Where do I register my complaint? All the westerns in the world out as e-books should be available anywhere there is an internet connection. I want my money back . . . Oh, haven't paid yet. Any way, terribly upset.

Ooops. I meant not available on Kindle outside the UK. Slip of the finger. Complaint remains. (US Kindles are more expensive to us'uns outside the USA, too, which I also consider unfair.)