Meridian Bridge is a great website for western fans and I was pleased to write a piece in their personal west series. This piece is reproduced below. 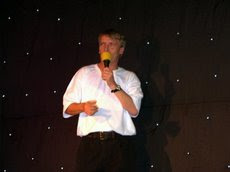 The West is as much a dream as a reality. It is a vast and mythic place – called a, “Dream Landscape” by Kiowa poet, Scott Momaday the West belongs to each and every one of us, regardless of where we were born. For the West, to my mind, is not so much about a geographical position but more about people – people like you and me – for it was ordinary people living in extraordinary times that populated the West.

The West has always played a big part in my life – it’s always there in the back of my mind, calling me, taunting me, seducing me with its promises. It is something that has always appealed to me. I wouldn’t give spit for New York or any of those big cities, but put me out in the wilderness beneath a star studded sky and I’m Heaven. At first it was the movies that introduced me, snotty nosed British kid that I was, to the West and from there it was the novels of the likes of Louis L’amour and Max Brand and later still I became infatuated with the darkly surreal westerns of fellow Brit George G. Gilman. Throughout my youth I shared my love of westerns with my grandfather, the real Jack Martin, and we would pass books back and forth or watch the movies, particularly those of John Wayne, together.

These days I write western novels so the West has always been a big part of my life and will continue to be so until I’m dragged to Boot Hill myself. But it’s more than the West – it’s America itself. Now I know the country sometimes takes some flak, there are those that claim the US is nothing more than an aggressive giant but I don’t swallow that at all. I love the ideals America was built upon and the way the constitution continues to protect Americans from the excesses of government. To me the word America is synonymous with the word freedom and the beating heart of the country is still the West. A romantic view maybe, but it’s my view and I’ve always been an incurable romantic.
Those names – Arkansas, Dakota, Wyoming, Colorado, Bitter-Creek Gulch – they have a certain poetry about them, they roll off the tongue and to me the mere mention of these places conjures up feelings of excitement. To me the West is magical and will always be as it was before the frontier was closed – the hills are still bursting full of gold, the rivers and streams run bright and clear, the plains stretch out unspoilt as far as the eye can see and you can have a fist fight without having your DNA taken, processed and then stored in the database of some shadowy governmental department.
The West – there’s promise there – the West has always been full of promise.
So God bless America.
God bless the West.
Posted by Gary Dobbs/Jack Martin at 06:04

A great essay with which I largly agree. In fact,it reads like something I might have written although changing the 'Brit' to 'Canuck'.
Which leads me to the one place I disagree;I believe everything written also applies to the opening of the Canadian west. Partly this is due to a great many of those who opened the 'colony' of British Columbia and the North West Territories were American. All of them, regardless of their origins needed the same attributes required by pioneers south of the 49th parallel.
Stories from the late 19th century Canada parallel those from the drier climes to the south ... as can be seen in my stories.
Dave
www.dmmcgowan.blogspot.com