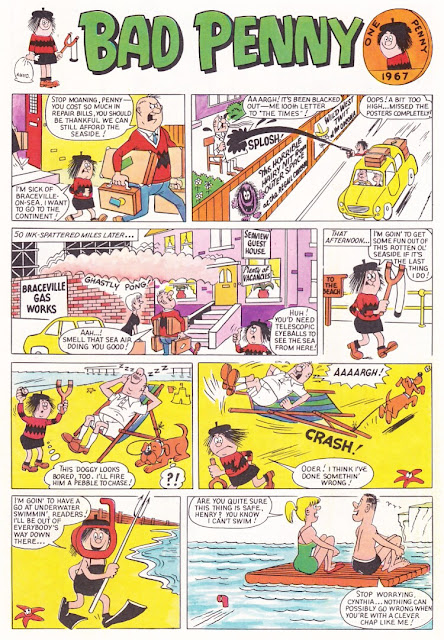 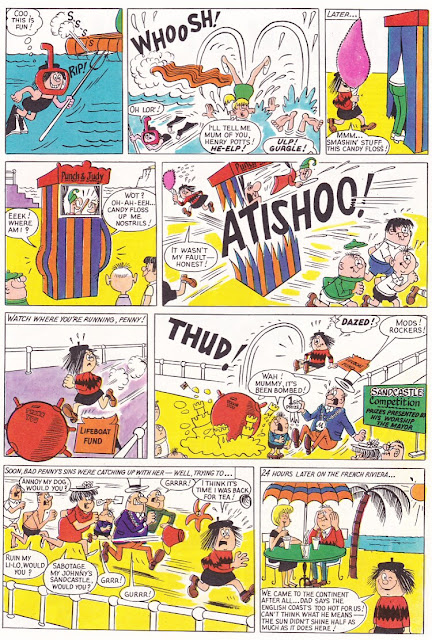 Posted by Gary Dobbs/Jack Martin at 04:46

cheers for this.i always love reading the posts about the old comics and still try to hunt them down in charity shops,ebay etc etc.i always loved the summer special editions of comics but you dont see them around as much.have you ever posted about the broons or oor wullie from the sunday post?

Genuine, loaded Colts are a far cry from ink-filled water pistols, but it would be pleasing to think that some of those "innocent shoolchildren" who were turned into "mischievous brats" are now followers of Misfit Lil. (A natural progression, surely?) And I'm certain many of them will be upright citizens, all the more literate, inventive and liberal as a result of their early comic reading!

And you'll all be pleased to know we have more stuff coming from Keith AKA Chap soon - next weekend we'll have a look at Horror comics and will return the following week with some more complete strips.