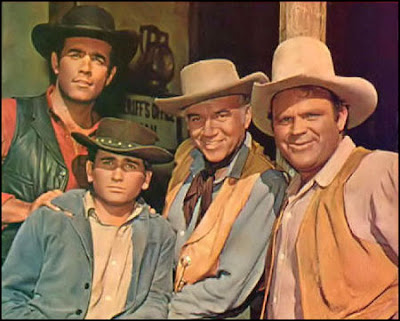 It was new and untried territory for a TV western when in 1961  NBC moved its popular Saturday night show , Bonanza to a Sunday night. The western had held its own on Saturday night where it often went head to head with heavyweight show, Perry Mason. And so the decision was made to move the show to 9pm on a Sunday evening where it would replace The Dinah Chevy Show, a black and white variety show that had been sponsored by Chevrolet.

Variety Magazine were not too optmistic about Bonanza's future but creator, David Dortort was up for the challenge - "This was the flagship hour of television," he recalled in 2002. "And I knew our show was good enough." 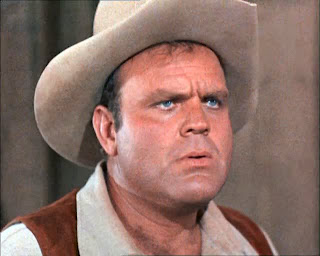 The show itself was spruced up for the new time slot - a new credits sequence was filmed in the stunning Bourne's Meadow in Nevada, and this footage would remain until the sixth season when Purnell Roberts left the show. The series retained its iconic theme tune but a new theme was written, called The Ballad of Virginia City which played over the watercolour credit cards.

The season opened with a great episode entitled, The Smiler which featured Scatman Crothers as a guest star and ended with the 82rd episode, The Lady From  Baltimore. Any concerns over the show were ill founded and Bonanza continued to be a ratings winner

Definitely loved me some Bonanza. Wanted to BE Little Joe.