Jack Giles is another writer from the popular Black Horse stable and here he tells us why the western genre is unique. Fine Jack AKA Ray Foster HERE 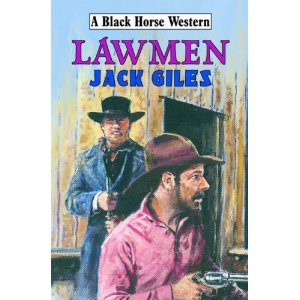 ‘So, you write westerns?’

An unusual question considering that I had already told the questioner that I wrote westerns.
‘A waste of time, you know?’ ...I didn’t know that but I waited for the speaker to finish....’No one reads westerns these days.’

Well, on that basis alone I should really pack it all in and go home.

Mind you in the next breath he asked me if I had seen ‘True Grit’. I admitted that I had. I really thought that a conversation was about to develop. Of course, I should have known better, he went on about the John Wayne version that he had, recently, bought on DVD.
I would have preferred a conversation.

I can’t remember the last time that both an original movie and it’s remake had been nominated for an Oscar. Maybe it has never happened but it did serve to underline how the unique western genre has influenced the movies that we watch today and the novels that we read.

Think Bruce Willis in ‘Last Man Standing’ and you can’t help but see ‘A Fistful Of Dollars’. Or Jean Claude Van Damme’s ‘Desert Heat’ with a clever scene at the end where the bus driver asks the girl he fancies if she wants to go to the movies – the film he suggests is ‘Yojimbo’.

Then there is the Clive Owen movie ‘King Arthur’ and the James Purefoy epic ‘Ironclad’ – count the main characters and there are, magnificently, seven.

Many are the times that a man alone steps into a story and faces odds that could well be a western. Books like Desmond Bagley’s ‘Landslide’ or Hammond Innes ‘Campbell’s Kingdom’ could well be re-written as a western. 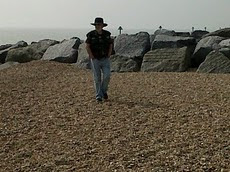 Truth is the western is not dead – it is very much alive.

An Australian movie called ‘Red Hill’ which is very modern advertises itself as a western. Despite the police cars and walkie-talkies it is a western – there can be no other term to describe it.Following in the wake of ‘Battle: Los Angeles’ (grunts vs. aliens – or cavalry vs. Indians) comes ‘Cowboys vs. Aliens’.But the biggest influence, with over 4 million units sold, is the biggest western blockbuster of all....’Red Dead Redemption’. ...a console video game that has had game play across the generations.

So a waste of time?

The influence of the western on all things modern just goes to show how unique this genre is.
Posted by Gary Dobbs/Jack Martin at 18:17

I agree the western is still kicking and I'm seeing a lot of young fans leading the charge.