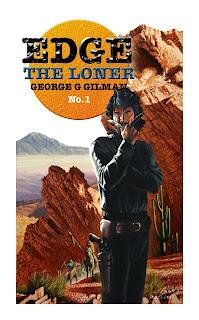 When I first became friendly with Tony Masero I knew him chiefly as the cover  artist of many of the books in one of my all time favourite western series, Edge by George G. Gilman. At the time I was involved in bringing the first Edge novel back into print via the digital medium, and using the internet I approached Tony to provide a cover for the new electronic version of the Edge book. He did and then Tony asked me to look at a book idea he was working on, the artist had picked up a pen. That book eventually became The Rifleman which is available from Solstice Publishing now. And later this year Tony will see the publication of a second western, Jake Rains - This time the book will come out from my own publisher, Robert Hale and their Black Horse imprint.  Incidentally all of the images on this post are Tony's work.

I asked Tony about his novels The Rifleman and Jake Rains.


‘Jake Rains’ is my first book to be published in hardback. Hale Books (aka Black Horse Westerns) were kind enough to let one of their cover artists have a try with the pen instead of the paintbrush and miraculously it was accepted and they let me do the cover art for my book as well.
Having painted Western book covers for four decades, it seemed about time to put something between the covers instead of on them. Over the years its meant a lot of visual research whilst doing the Edge and Steele series amongst others and that of course led to an interest in the era and also, like so many of my generation, as a youngster I was raised on a diet of both Western movies and comics. 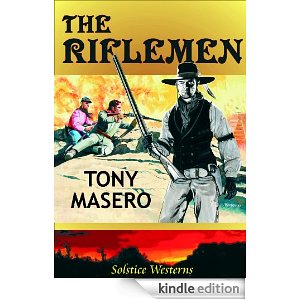 I guess in a way I like to push the limits as it were, so although ‘Jake Rains’ is a story about a cowhand and a crook, there are some differences with the traditional take.
Jake is a Mauser pistol touting Rough Rider just back from Teddy Roosevelt’s campaign in Cuba where he swore to his dying friend he’d take care of his widow. Soon he runs foul of the local cattle baron who’s courting the widow. After that, it’s crazed Mountain Men, a racing Winton Phaeton and a preaching killer who are all met on Jake’s way to a bloody shoot out on Main Street.
The second book, out now as an e-book by Solstice Publishing but soon to be in hardback is ‘The Riflemen’ is a tale about two ex-Civil War sharpshooters who were master and slave before the war and end up as friends and partners after it. They are commissioned to take out a wealthy renegade who is raising a new Confederate Army south of the Border. Tracked by a trio of killers they make their way through Indian territory, meeting all kinds of woes along the way until finally tracking down the renegade at his base in an old Aztec ziggurat. It doesn’t end there and before it does the duo’s pair of Sharp’s long rifles came in for plenty of use. 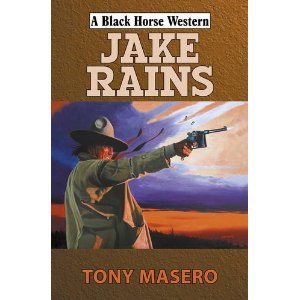 I’ve always written, well certainly as a young man in the sixties but more in a private way. There was something initially attractive about describing the pictures that came into my mind using the written word alongside the visual interpretation. If you’re born with an imagination I guess it’s a natural progression. The skill in actual production comes later, be it using either a brush or a pen. A big help with technique on ‘The Riflemen’ was my editor at Solstice, Nik Morton who also writes his own Western novels under the name Ross Morton. Nik recently asked me to do the cover art for his latest Black Horse book ‘Old Guns’ and Hale have agreed to the commission. It’s a double honour for me as Nik is an illustrator in his own right, so praise indeed.
At the moment my third Western novel ‘The Hunted’ has been accepted by Solstice and is going through the production process. Once again I get to do the cover art, which is great for me as it kind of completes the circle. You can view the original artwork on my website at: www.artnillustration.com The story is about a wealthy cattle baron with a past, who receives an invite to visit with one of his old comrades. The sickly comrade leads him on a path that takes in tracking down three other friends from the old days and leads him back to a brutal Civil War atrocity, a vengeful prisoner in Yuma prison and a fortune in Confederate gold. Somewhere along the line though a hidden killer is trailing him and the story isn’t over until the assassin is revealed.

The success of the books, ‘Jake Rains’ already reaching a healthy pre-publication listing on Black Horse’s top ten, certainly encourages me to continue writing. Inspiration is not a problem and I’m already bubbling with new ideas. It intrigues me to write stories on the edge of the traditional Western format and a little out of the ordinary ….  but, failing that, there’s always another cover to paint! 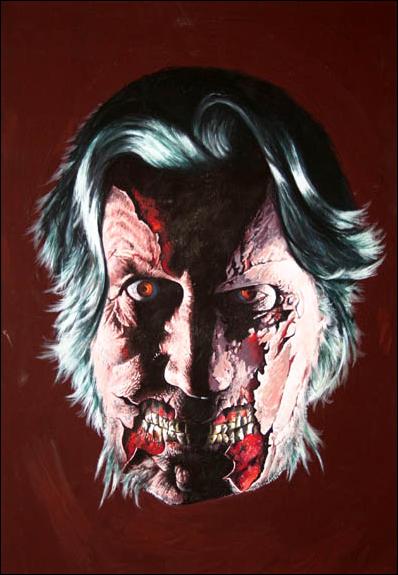 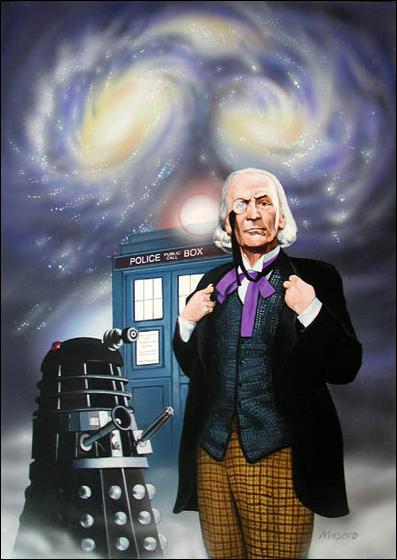 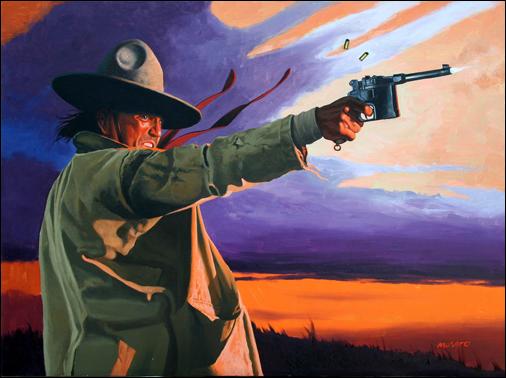 Posted by Gary Dobbs/Jack Martin at 16:35

Nice to see you here again, Tony. The paperback of The Riflemen won't be long in coming out, I'm sure - and it's highly recommended, folks!
Nik Morton

Great to learn more about you, Tony. Thanks for presenting this info and interview!