He's the bestelling western writer of all time and most of his back list is now available in the eBook formart and so for Wild West eMonday, the Tainted Archive in conversation with Beau L'amour the man responsible for keeping his father's legacy alive. 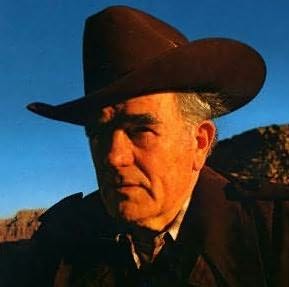 More than 300 million copies of his books in print. The only author ever to be awarded both the Congressional Gold Medal and the Medal of Freedom. Louis L’amour stands head and shoulders above every other western author in terms of both sales and acclaim.
He is the benchmark by which all other western authors measure themselves.

He is the western writer’s writer.
The Tainted Archive talks to Beau L’amour about his father’s amazing legacy which continues to entertain readers and will do so, no doubt, for as long as books are read.
NOTE QUOTES IN BOLD are from Louis L’amour himself. I have used these, with permission, from an entertaining video on the official website. To see the full video click HERE.
In many way Louis L’amour’s name recognition with western fans is equal with say that of John Wayne. I wonder at what age did Beau become aware that his father was this legendry figure? 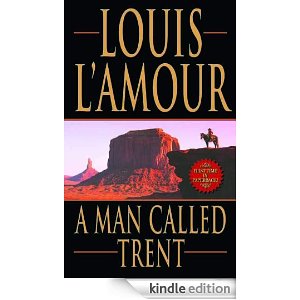 “We lived in Hollywood where any writer is a fairly minor player. Until I was in my early teens our income was pretty modest and Dad was only recognized by certain groups. I would argue that his name recognition is still way below Wayne's. In many of the areas we travelled and with many of the people we socialized with westerns were not considered special or important. Dad was known for being an interesting guy in a lot of ways and to a lot of people ... I've always thought that his work was almost the least of him. He was an amazing individual and in social gatherings his personality, life experiences, and wisdom on many subjects was more valued than his writings or what eventually became fame.”
When Louis L’amour first put pen to paper the days of the Old West were not that far away – in fact, in many ways the young writer touched the period. What stories did he tell that may not have seen their way into print?
“This would be too long to tell and I wouldn't do as good 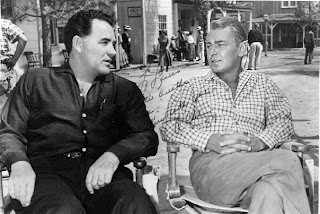 a job as the man himself. There is a 30 minute interview at the end of our latest Audio Drama, Son of a Wanted Man, that is all about the different western characters that Louis knew in his youth. In my opinion the so-called accuracy of Louis's novels is not nearly as important as the fact that he actually touched the time period he wrote about ... the people he knew and the places he lived prepared him as well as any research.”
“My great grandfather was killed by Indians and scalped. And my grandfather fought Indians. I grew up being told stories like that.”

Louis L’amour had a reputation as a wondering man. I wonder, did his itchy feet ever leave him?
“He settled pretty firmly in Los Angeles 1946, living there until he died in 1988. He never had a driver's license so he was trapped in town unless he could recruit a friend, my mother, or me. To a certain extent he did this on purpose, to impose discipline so he would work. You can't write 89 novels and more than 300 short stories if your doing too much wandering around!”
“I like to spend time in the mountains. In the really wild country – mountains or desert.” 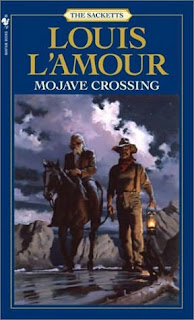 Louis L’amour’s early life was as rough and rowdy as that experienced by any of his characters. He was, for instance, quite an accomplished boxer. What other stories are there of his adventures?
“Probably the most fun way to experience that answer would be to visit http://www.louislamourgreatadventure.com/LouisStories01.htm
A section of our nearly finished Adventure Stories site that covers some of louis's personal adventures and contains pictures and artifacts from his life.”
“I used to do some boxing. Every town had a fella thought he was a fighter. I fought fifty fights and I lost five – thirty four knock outs. I never lost a fight when I was eating regularly.”

People like myself are huge L’amour fans and would love to know what your father was like in everyday life? Was he always wandering around looking for ideas? 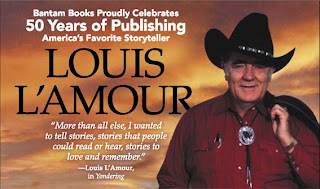 “Rarely, though he loved to do just that. He knew that most good idea
s don't come to you when you search for them but during the execution of other pieces of work. He tended to sit in his office (at first a small one then later a much bigger one) in our house and write. Usually a couple of hours before breakfast, then 'til lunch. Then he'd eat, exercise for an hour or two and either write or read up to dinner time. After dinner he might write for another few hours. Time in the wilderness was just once or twice a year and only for a few weeks total, if that. Dad didn't make enough mon 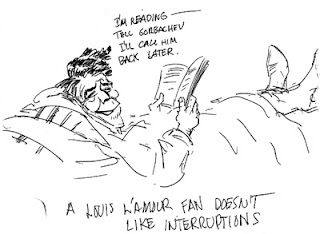 ey until the very end of his career (when he was in his 70s) to relax much. We had a comfortable middle class lifestyle as long as he wrote 3 to 4 books a year. It was only after all the books had been selling a long time that the financial situation got much better. This was typical of everybody writing paperback originals in that era. The advances were quite low and so were the royalties ... it was only if your books stayed in print that you made any real money.”
Are there any unfinished manuscripts that could one day see the light of day? Will any other writer be working one day on unfinished works?
“There were plenty, we've published them in the last many short story collections but no further stories that seemed to have had a particular ending indicated by Louis that I could finish or polish. My rule of thumb was always to do the least that I possibly could. First, I would try to cut a story into publishable condition with no additional writing, then I would sometimes write "bridging material" if the cuts were too severe. Occasionally, I'd do more, "modernizing" some stories (removing some of the political incorrectness from the narration ... but rarely the dialogue ... hey, that's how people talked!), clearing up cluttered plots and strengthening characters. Dad and I were a good team, he didn't like rewriting and I love it. Only once did I "write" nearly a whole story, the novella The Diamond of Jeru (which I also turned into a movie and now a Dramatized Audio production ... exhausting ALL the possib 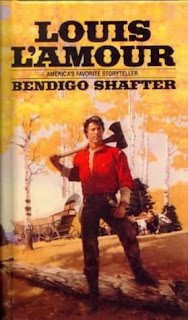 ilities!) and that was because the book was looking like it was not going to be under length so creating a 80 page novella from a really rough draft of a short short story was called for to bulk up the book.

There are quite a few unfinished stories documented at http://www.louislamourslosttreasures.com/
but none of which did I feel comfortable finishing because the end of the story trajectory was indicated ... probably why Louis never finished them. The site also contains finished work, notes, and correspondence. The site will have three sections, one is already finished and one partly done.”
Removing political in-correctness from the original scripts. There are those that would say that is sacrilege. Was this decision the publishers or yours?
“My decision. Louis was one of the most open and unprejudiced people I've ever run into but different times have different vocabularies. So my decision, mostly on the Crime and Adventure stories, was to alter the narrator voice but very, very rarely, the dialogue. So the characters speak in era specific vernacular but the narrator has a more universal voice, which is appropriate to the concept of a third person narrator.” 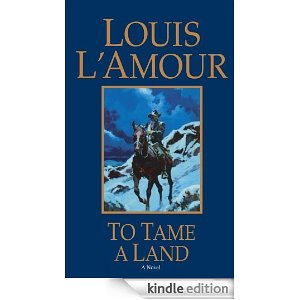 “I always wanted to be a writer but it’s tough getting started because there’s nowhere to begin. As soon as you start trying to sell stories you are competing with the best people who sell stories. So you’ve got to be good from the start.”
Looking after the backlist of books, every one of which is still in print must take some doing. So is this a full time job?
“Relatively full time. I occasionally work in the film industry and often write and direct our audio dramas but the main effort are the books. Today that is a completely backlist operations but until the early 2000s we had a new book every year.”
If Louis L’amour were around today and working would be still be producing westerns?
“Some certainly but he really enjoyed writing books like The Walking Drum and was looking forward to more work in the Science Fiction genre, like The Haunted Mesa.”
Thanks for Beau L’amour for taking the time to answer these questions.
Louis L’amour on the web:
The official site
The Louis L’Amour Project
Son of a wanted man
This interview is respectfully dedicated to the memory of Louis L'amour.

Posted by Gary Dobbs/Jack Martin at 18:37