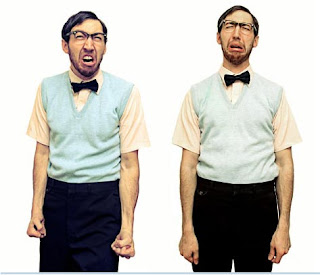 From Geeks of Doom - A group of rather angry comic book readers are starting a campaign against DC Comics with a protest walk scheduled from 2pm to 3pm on Saturday, July 23, 2011 at the upcoming San Diego Comic Con. Fed up with the news and redesigns affiliated with the publisher’s September relaunch, these protesters have gathered enough support to reach 299 attendees, according to the group’s Facebook page.
Also on their Facebook page is a message and description of the event from the group’s founder, which you can read below.

Are you utterly baffled, disappointed and just ANGRY to see how DC ruins your favorite character’s design and wipes decades of comic history out of the mainstream universe? Well, you’re not alone!
And why not make some noise at the biggest pop-culture event this year, where creators, artists and writers appear in person – show them how fans – the fans of the classic characters, the (nevertheless slightly changing) designs, the character’s history and personality – really feel about it!

Posted by Gary Dobbs/Jack Martin at 18:15

I'm just mad they are cancelling Jonah Hex. Was the only DC comic I was still buying. I know they are starting a new one, but damn -- Hex was awesome.