Warlord was published by D C Thomson and ran for twelve years between 1974 and 1986 - so successful was the comic that D C Thomson launched another action boy's comic with a similar format, Bullet but although a reasonable success Bullet was eventually merged into Warlord.

Bullet though was something of a sister paper to Warlord and it's main character  was a moustached, multi-talented, highly trained secret agent, aptly named Fireball. When his parents had died in a mysterious car crash when he was a young child, he bewcame the ward of his father's friend Lord Peter Flint, a wartime hero. Fireball had been trained by "Uncle Pete" (since childhood) in the arts of shooting, martial arts, sports and survival - this was as well as the usual reading and writing skills. Mustn't forget the vital reading and writing skills.


Which leads us to Peter Flint Codenamed Warlord who occupied the centre duo-tone pages of Warlord comic. Three was even a Warlord club that readers could join and become Warlord agents. 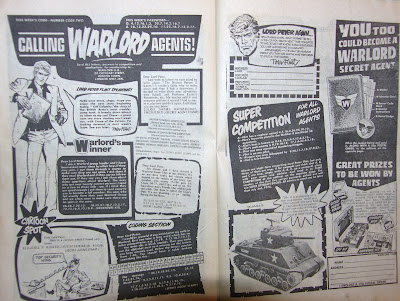 The Warlord letters page was always a lively affair with Warlord Agents everywhere writing in about their exploits in protecting the homeland from the bad old Nazi spies. 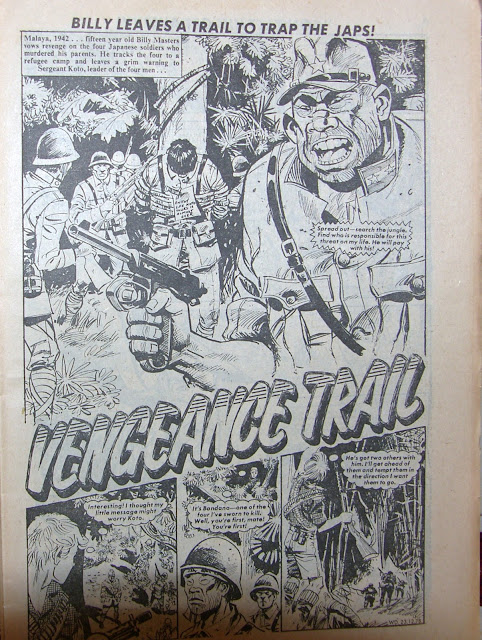 These days D C Thomson is still going strong, but the British comics market is a different place and the only war/adventure titles they currently publish are the excellent Commando Comics Books series but comics such as Warlord have vanished - perhaps forever.


The WIKI entry for the comic reads:
Warlord included many stories and characters set mainly in World War II and later conflicts like Korea. Though most of them featured heroes from Allied nations such as the UK and the US, there were some series which took the German point of view.
They included: 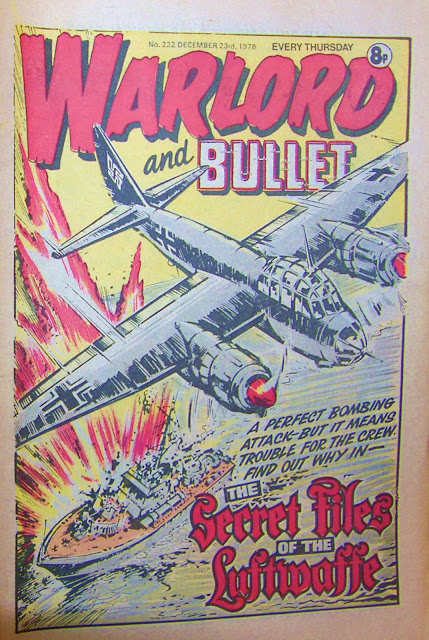 Posted by Gary Dobbs/Jack Martin at 07:34