Ripping yarns - The Lodger: A story of the London fog (complete classic movie)

Currently available in both digital and print formats my novel, A Policeman's Lot is hardly the first to offer a possible solution to the Jack the Ripper mystery. Here we present the full silent movie classic, The Lodger which was based on the first ever book to tackle the Ripper story in a fictional tale. The book was filmed many times, most notable as a silent movie in 1927. It was directed by none other than Alfred Hitchcock.

The film is now in the public domain and can be viewed in its entirity below. 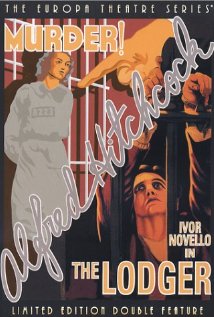 A serial killer known as "The Avenger" is on the loose in London, murdering blonde women. A mysterious man arrives at the house of Mr. and Mrs. Bunting looking for a room to rent. The Bunting's daughter is a blonde model and is seeing one of the detectives assigned to the case. The detective becomes jealous of the lodger and begins to suspect he may be the avenger.


This movie directed by Alfred Hitchcock was based  on the book of the same name, by Marie Belloc Lowndes. It was the first book to offer a solution to the Jack The Ripper killings. The book is supposedly based on an anecdote told to the painter Walter Sickert by the landlady when renting a room; she said that the previous tenant had been Jack the Ripper.

Posted by Gary Dobbs/Jack Martin at 01:17

Email ThisBlogThis!Share to TwitterShare to FacebookShare to Pinterest
Labels: the lodger