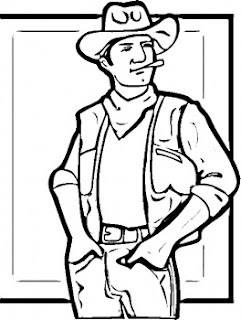 This weekend is going to be very special on the Tainted Archive as we gear up for another of our popular Wild West eMonday initiatives.

We've done it before and we'll do it again.

The Archive has picked up many new readers since the last Wild West eMonday and so a recap is in order.


Read on as we spill the beans on Wild West eMonday....

Despite what some may say the western has not died, nor has it ever really gone away. It's true that the genre is not as visible as it was a few decades ago when our bookshops were filled with western novels, our TV schedules dominated by small screen oaters while their bigger brothers played regularly on the cinema screen.

Yep, you kids remember the western - your dads and grandad's uses to liked them!

The truth is that the western, far from being old fashioned. is as relevant and exciting as any of  the genres currently in vogue. And when you look around it becomes apparent that  it's never been more visible. The best-selling video game of recent years Red Dead Redemption is a western , one of this summer's most  hotly anticipated big screen movies, Cowboys and Aliens is a western in a Sci-Fi setting and TV hit, The Walking Dead features a lawman on horseback shooting zombies. Only this last year a western has topped the box office with the Coen's True Grit and recently John Locke, a self published writer of crime and western thrillers, became the first self published writer in the world to sell a million eBooks on the Kindle.

The object behind Wild West eMonday is to show just how hot the western is, by encouraging people to try the genre, and to show support by buying a western next Monday. To lead up to the big day we will have nothing but western related posts on the Archive and believe me it'll be amazing.


We've got a new Cash Laramie story lined up, contributions from many many genre luminaries and some damn fine surprises in store for you lucky Archive readers.

We'll also be heavily promoting several western eBooks that we know will provide enjoyment to seasoned and new western readers. Each will be an example of excellence in the genre and each will show how varied the genre can be. It's not all cowboys and Indians, you know. The western is a genre that is flexible enough  say something about the way we live our lives today, about the world we live in and the human condition itself.

Of course it can also be super cool shoot outs, buxom babes and thrilling adventure. 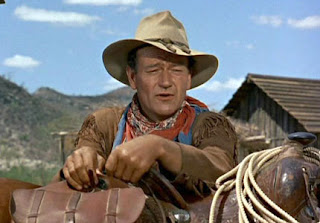 If you're new to all this then do a search using the term, " Wild West Monday"  in the Archive search box to find posts from previous initiatives and you'll get some idea of what to expect.So be here as we celebrate the most iconic genre of them all and prove that the western still kicks arse.

I'm thrilled Cash Laramie will be a part of another Wild West eMonday.