Harry Potter and The Googley Hallows 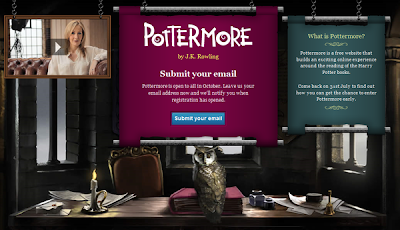 
Google’s deal includes all seven Harry Potter novels. Using Google’s technology will allow users to port their purchases to their choice from more than 80 ereaders.

As part of the deal, Google has exclusive payment rights for all Pottermore.com purchases — meaning all products will be purchased solely through Google Checkout rather than Amazon or Paypal. What Google doesn’t get, however, is the right to sell the ebooks, which will be available exclusively at Pottermore.com. That arrangement means Rowling can avoid splitting the sales with Amazon or any other online retailer.

Pottermore.com, which is expected to go live in October, was developed as a way for Harry Potter fans to play games, enjoy additional content features, and interact with other fans in an environment created to standards set by Rowling.

In what must have been the trade-off in the deal, Google's payment service Google Checkout appears to be the only way besides debit or credit cards to purchases the books from Pottermore. The inclusion of Google Checkout is a huge snub for PayPal, the original and most used third-party payment service online. Instead, Google Checkout will be exposed to millions of Harry Potter fans looking to buy digital versions of the wizard stories.

In the last few months, Google has been strengthening its push into the e-commerce and mobile payment fields, announcing recently it had begun testing a service called Google Wallet, which allows consumers to pay using their Android phones using a technology called NFC.

The Harry Potter books could become the most purchased e-books upon their release if the franchise's performance at the box office and at book stores are any indication. The final Harry Potter film had the best opening of all time, scoring $168.6 million in the U.S. and Canada in three days. Four years ago, the last Harry Potter book had a similar release, selling 8.3 million copies in its first day, according to Guinness World Records.
Posted by Gary Dobbs/Jack Martin at 07:32