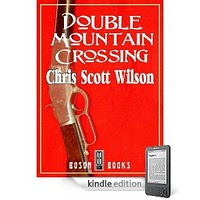 The eBook by Chris Scott Wilson was originally published by Robert Hale, home of the Black Horse Westerns imprint, and we all know that's a sign of quality.

Morgan Clay had tried his hand at almost everything. When he stumbled on a rich gold vein he thought all his troubles were over, but for him trouble was just beginning. . .


. . . A Kiowa brave and two boys eager to earn their man-names cut Morgan's trail and saw the opportunity to do more than steal his horses. . .


. . . Shuck Alison, a two-bit gunslinger and card sharp, had been drifting ever since he killed his stepfather back in the hill country. His woman, Anne Marie, was a whore with the face of an angel. Together, they worked the frontier towns, an eye on the main chance.


But when they found Morgan Clay, they all found more than they bargained for.